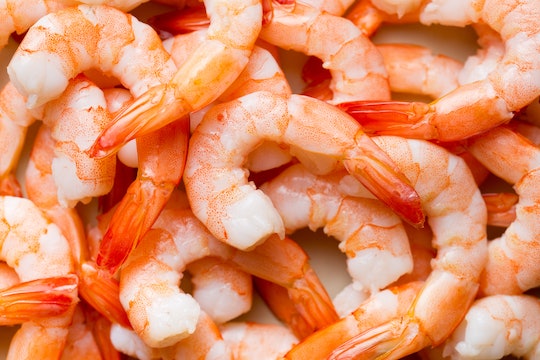 Kroger Has Recalled Shrimp In These States Due To Contamination Concerns

If you're planning on serving shrimp cocktail or other festive dishes with the tasty crustacean on New Year's Eve, you'll want to make sure your batch is not included in a recent recall. According to CBS News, Kroger has recalled various kinds of shrimp in three states due to contamination fears and here's how to tell if you'll need to toss yours.

The recall is for Aqua Star shrimp and includes a variety of its products, including peeled and cooked shrimp, tail-on shrimp, and cooked and seasoned shrimp products, according to WTOP.

In a recall notice, Kroger explained, “Due to a potential health hazard customers who purchased any of the items should not eat the produce. The product may be under-cooked, which could result in contamination by spoilage organisms or pathogens.” Kroger also urged consumers to return to the product to stores for a refund.

Kroger directed those who may have purchased the affected shrimp to contact Aqua Star's consumer hotline directly if they have any further questions at 1-800-232-6280. "We are sorry for this inconvenience. Your safety is important to us," Kroger's statement concluded.

Romper's request for further comment on the recall from Kroger was not immediately returned.

It's important to know that the recall is not nationwide; only stores in Michigan, central and northwest Ohio and northwestern Virginia are affected, according to CBS News. All Kroger brands, including Fry’s, King Soopers, and Smith’s are part of the recall, as the news outlet reported.

To see if your shrimp is affected by the recall, you'll want to look at the UPC code on the packaging. The impacted products are:

Production dates and specific sell by dates can be found in Kroger’s recall notice.

Symptoms of spoiled fish include nausea, vomiting, diarrhea, and abdominal pain, according to the National Capital Poison Center. If you've consumed any, Healthline notes that you'll want to keep hydrated with clear liquids, tea, or broth; avoid drugs used to prevent vomiting or diarrhea as they will cause the illness to stay in the body longer. And, of course, check with your doctor or seek medical attention if you have any concerns.

This is the latest in a list of noteworthy recalls for the year, according to Yahoo Finance. For instance, earlier in December, 29,000 pounds of sausage was pulled from store shelves, and more than 6,000 tons of beef has been recalled since October, as Forbes reported.

So before serving your shrimp cocktail or surf 'n' turf on New Year's Eve, be sure to check your freezer for the potentially affected the seafood products. And, as Kroger has urged, if you find any recalled shrimp, do not eat them and return them to the store for a refund.