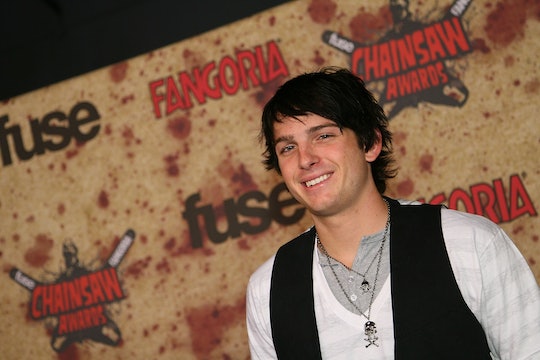 For those of us who were once teenagers deeply invested in the reality show drama of MTV's Laguna Beach: The Real Orange County, it might be hard to believe that the last episode aired more than 10 years ago. Since then, the popularity of some of the show's stars has endured (ahem, Lauren Conrad), while other Laguna Beach-ers have faded into obscurity. Talan Torriero may have initially enjoyed a brief surge in celebrity, thanks in part to a brief engagement to Kimberly Stewart and a subsequent relationship with Nicole Scherzinger, but these days he has happily settled down in Nebraska and is preparing for fatherhood. Laguna Beach alum Talan Torriero is expecting a son with his wife, Danielle — news they recently shared in a post on Instagram.

The couple first announced that the were set to become parents back in April, according to People, when they revealed on Instagram that Danielle was 13 weeks along and due in October. Then, on Monday, they shared another exciting update: in a cute video clip taken from the couple's gender reveal, they let their followers know that they were actually expecting a boy. The baby will be the first child for the Torrieros, who married in 2014 after five years of dating.

Torriero is certainly not the only Laguna Beach star who is set to welcome a baby this year, though. In fact, 2017 has shaped up to be a bit of a baby boom for the former castmates: according to E! News, in January, Lauren Conrad announced she is expecting a baby with husband William Tell, and a month later, Jason Wahler shared that he is expecting a baby with wife Ashley Slack. Conrad's The Hills costar Whitney Port also announced that she was set to be a mom, and, even Heidi Montag and Spencer Pratt are about to become parents, after revealing in April that they were pregnant, too.

Then again, some of Torriero's friends have already joined the parenthood ranks. Laguna Beach alum (and one-time Lauren Conrad frenemy) Kristin Cavallari is now a mom of three, and is married to former Chicago Bears quarterback Jay Cutler. Jessica Smith is a stay-at-home mom of four in California, according to PopSugar, and Christina Schuller is a fitness instructor and mom of two who still lives in Laguna Beach. Remember Christina's high school bestie Morgan Olson? She's also a mom of two, and lives with her family in Los Angeles, where she designs children's swimwear.

Whether you loved Laguna Beach back in the day or not, there's something totally nostalgic about seeing updates about the cast's lives now — especially when it involves super sweet news about weddings and babies. And even though Torriero may no longer be in the spotlight, opting instead to lead a quieter life in the midwest, it's clear that he and his wife are happy, and looking forward to the future.