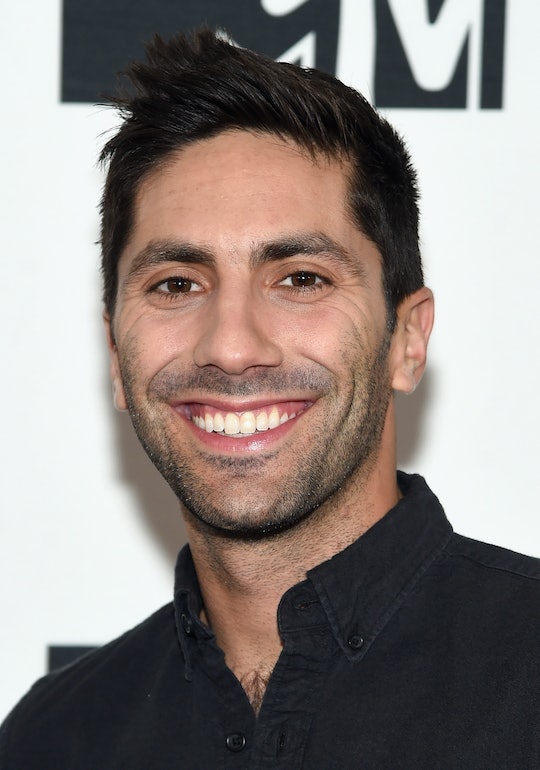 A quick glance at Laura Perlongo's Instagram paints a picture of her fairly awesome looking life. The New York-based writer and photographer has the prerequisite food pictures, but there are also some wry posts of her drinking wine while she avoids cleaning her apartment, running in a marathon... and even a few sexy shots with boyfriend, producer, and Catfish star Nev Schulman. It's easy to picture her as the millennial version of Carrie Bradshaw. So when Laura Perlongo announced her pregnancy with Nev Schulman, it really captured a moment in millennial parenting.

Perlongo announced her pregnancy with an article on Attn.com, and it opened with a great line so many of us might relate to:

Hi. My name is Laura Perlongo and I'm pregnant accidentally on purpose.

It turns out, Perlongo and Schulman were quasi-considering having a baby, but still not quite there yet. As she put it; "We had talked about wanting kids and had pulled the goalie maybe half-a-time-once but weren’t necessarily expecting this news, THE NEWS."

Perlongo is a happy millennial. She works as a freelancer, "dresses like Silent Bob," and enjoys her crazy, hectic, chaotic life. But, she discovered when she found out she was pregnant via peeing on The Stick, she wanted this baby. Schulman wanted the baby. So everything should be fine, right?

Not so much. Cue the friends freaking out, the self-doubt, and, above all, the fear. That she will lose something integral about who she is now and, what's worse, that she won't be a "good" mother if she doesn't change that integral part of her. The part that doesn't want a stable job, eschews words like "mompreneur," and isn't planning on marrying her boyfriend. As she said herself, "Is this what having a baby is allowed to look like?"

In a word, yes. Parenthood doesn't look the same for millennials as it did for their parents and grandparents, which is freaking awesome. The "sacrifices" parents had to make decades ago — giving up careers, moving to the suburbs, quietly dying inside because you miss your non-mom friends and your social life revolves around the grocery store — don't have to be the reality for millennial parents. Perlongo wrote about this worry in her essay:

Married or unmarried, most people my age seem to not want kids. And for many very real reasons. The main being that adult life is hard to wrap your head around and growing up looks a lot different now than it did for our parents. Frankly, it doesn’t always look like growing up — especially when you’re trying to pay rent in New York or Boston or San Francisco or wherever else rent is insanely unaffordable.

And most of us still feel like we need to adhere to a modern version of our parent’s footsteps or we aren’t ready. Do the traditional things like meet (on an app), 2 ½ to 7 years of courting (sexual intercourse with birth control), proposal w/ring, wedding, and finally kids (because now is when we do it right?). And those are still great ways to live life and have or not have kids, but I wasn’t expecting my friends to be be so shocked I was skipping around the blueprint. My parents, the Boomers, sure. But my millennial do-life-our-way friends too? Am I fucking up?

Parenting and marriage, in my experience at any rate, can be very happily unrelated. I had my oldest son when I was 21, raised him and his subsequent brothers on my own, and basically raised myself a best friend. Because parenting on my own made me happy — blissfully happy.

And while critics are still calling out non-traditional parents, their voices are muffled by the new game changers. By people like Nev Schulman and Laura Perlongo, who asked themselves the only questions that really need to be asked when deciding if they should have their baby. "Can we nurture them physically, emotionally and financially? Do we want to? Are we happy and excited about it?" If the answer is a big "YES!", then what the hell else matters?