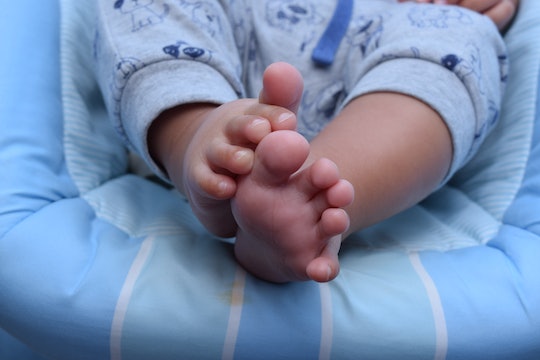 Newly Introduced Legislation Would Prohibit The Sale Of Inclined Sleepers

Earlier this year, the U.S. Consumer Product and Safety Commission (CPSC) and multiple manufacturers announced recalls on infant sleepers due to concerns about the product's safety and the distressing fact that over 30 infant fatalities had occurred in them. And now lawmakers are working to pass legislation to ban companies from selling such products. This week, California Congressman Tony Cárdenas and other politicians introduced the Safe Sleep For Babies Act, which, according to a press release, would prohibit the sale of sleepers "with an inclined surface of greater than 10 degrees that is intended, marketed, or designed to provide sleeping accommodations for infants up to one year old."

"I believe that we need to put American babies first, not profits," Cárdenas said in a statement regarding the introduced legislation. "... Parents deserve the peace of mind that comes with knowing that the sleep products they purchase are safe. As a grandfather, this is very concerning to me which is why I am introducing the Safe Sleep for Babies Act which would ban these life-threatening products from store shelves."

Back in April, the CPSC announced that Fisher-Price had recalled all Rock 'N Play sleepers after there were reports of infant deaths linked to the product.

"Since the 2009 product introduction, over 30 infant fatalities have occurred in Rock ‘n Play Sleepers, after the infants rolled over while unrestrained, or under other circumstances," the CPSC noted in its recall notice at the time. In the wake of this announcement, similar inclined rocking sleepers manufactured by Kids II were recalled for the same reason: infants died while using the product and rolling onto their stomachs unrestrained, according to the CPSC.

Rep. Cárdenas proposed the new bill alongside Sen. Richard Blumenthal from Connecticut, who introduced a companion bill in the Senate. Cárdenas noted in the press release that, despite the shocking number of infant deaths linked to these inclined sleepers, there are still some versions being sold. "There have been more than 30 deaths linked to recalled Fisher-Price sleeper products yet other models that are just as dangerous remain on the market," he said.

Cárdenas' proposed bill has received strong support from the American Academy of Pediatrics (AAP), which initially called for the recall of the inclined sleepers in April. At the time, AAP President Dr. Kyle Yasuda issued a statement saying:

This product is deadly and should be recalled immediately. When parents purchase a product for their baby or child, many assume that if it’s being sold in a store, it must be safe to use. Tragically, that is not the case. There is convincing evidence that the Rock ‘n Play inclined sleeper puts infants’ lives at risk, and CPSC must step up and take immediate action to remove it from stores and prevent further tragedies.

And in response to this proposed bill, AAP interim CEO and Executive Vice President Mark Del Monte said in a statement, "When it comes to sleep, the science is clear: the safest sleep environment for babies is a firm, flat, bare surface. Inclined sleep products are dangerous and should not be on the market. This bill takes important and necessary action to ban these products, protecting infant lives and helping prevent families from experiencing tragedy. "

It's important to note that the AAP recommends that babies sleep on their backs on a flat, firm surface without extraneous bedding or restraints to stay safe. And hopefully, should it pass, the Safe Sleep For Babies Act can keep babies just that — safe.