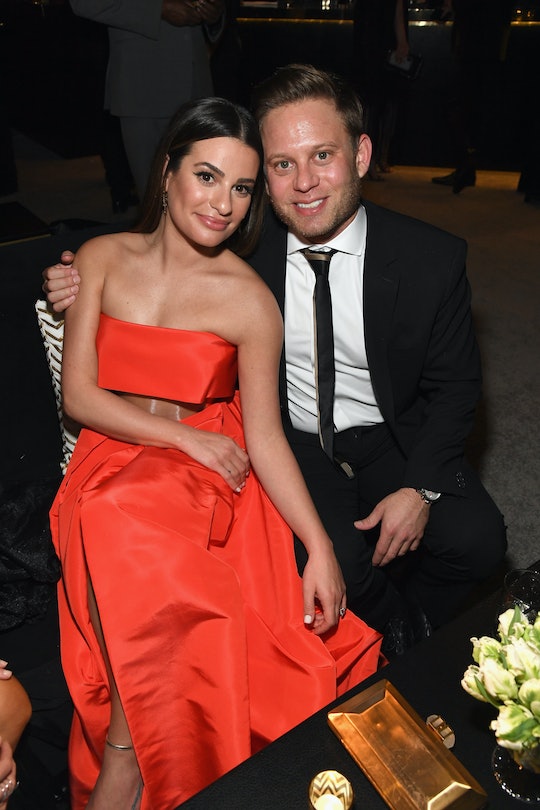 Days after giving birth to her first child, Lea Michele shared the first baby photo of her son, Ever Leo, who she called a "true blessing" in a sweet post on Instagram.

The Glee alum, who welcomed a baby boy with her husband Zandy Reich on Aug. 20, gave fans the first glimpse at their little boy in a sweet Instagram post on Wednesday. "ForEver grateful for this true blessing," Michele cleverly captioned the black and white photo of their hands holding her son's tiny foot.

Michele's caption, of course, is a play on Ever's unique name, which has both Hebrew and English origins, and means eternity or beyond, according to Parents.

Right now, the little family of three is "doing very well," as a source told E! News. "Lea has been inundated with well-wishes and sharing updates with her close friends," the source told the news outlet.

A source told People earlier this week that Ever has "been an easy baby so far." "Everyone's happy and healthy, and they're extremely grateful," the source told the magazine.

Michele, who announced that she was expecting her first child back in May, has previously hinted that she would like to multiple children, so little Ever could have a sibling one day. In 2018, the actress told Us Weekly that she "100%" wants to have kids. "I come from a very large Italian family, so that's very important to me," she told the magazine at the time.

Only time will tell if there will be more kids on the way. In the meantime, Michele surely has her hands full with her little "blessing."