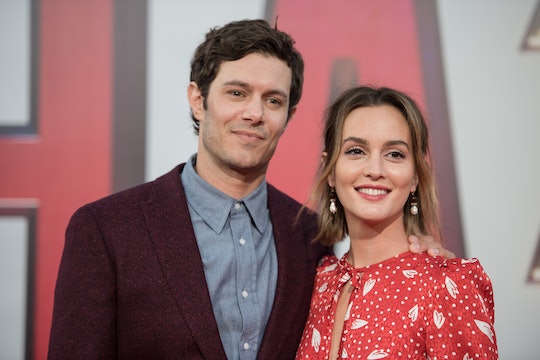 "Since last I played, I have a new kid. I have a boy, and he's a dream. He's a dream boy." Awwww! This is baby number two for Meester and Brody, who welcomed their first child — daughter Arlo Day Brody — on Aug. 4, 2015.

Although Brody confirmed that they are now the proud parents of two, he left out some pretty major details. He did not say when they welcomed their son, or reveal his name — which are details that fans would love to know.

It's OK to be surprised by this news. The couple never publicly confirmed or addressed reports made earlier this year about Meester's second pregnancy. The actress was spotted in Los Angeles in April with a "baby bump," according to People, but did not share any personal photos throughout her pregnancy to her Instagram account.

Hopefully the couple shares more about their new addition now that Brody has spilled the baby boy beans.

Meester has gushed about being a mom in the past, telling Us Weekly last year that she would die for her daughter. "People started telling me before a kid, 'You're really going to love them,'" she told the magazine. "Then you're like, 'Yeah, obviously, I'll love them.' And then you do and you're like 'Oh. OK. I don't love anyone else. I just love them.' And I don't even love myself as much as I love them! Not even close."

Meester's love has now grown twice the size with the addition of their new baby boy. Congrats to the happy couple!