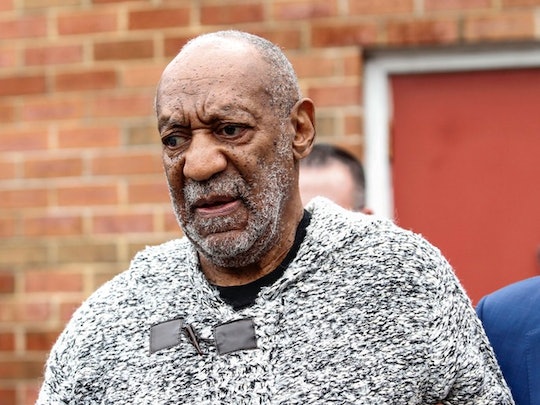 Following yesterday's news that Bill Cosby was arrested for allegedly sexually assaulting Andrew Constand in 2004, celebrities are reacting to the Cosby news via various social media platforms. And one A-lister is receiving some nasty feedback as a result.

Lena Dunham, a polarizing figure herself, tweeted her support of Cosby's alleged victims, noting that she was "grateful that Bill Cosby's criminal record will be marked forever, like the lives of the women he raped." She also noted that if she, "believed in hell Bill Cosby would be going there." Although some fans are applauding her for supporting the women, several people are condemning the Girls star for her comments. Many have referenced the controversial confession from her 2014 memoir Not That Kind of Girl, which some felt was an admmission that she molested her younger sister. Others brought up her support of Hillary Clinton, which they took as tacit support of Bill Clinton, who's also been accused of sexual assault. Some even accused Dunham of being racist for supposedly supporting Clinton, but not Cosby. What a mess.

She was far from the only celebrity who spoke out on Twitter about Cosby, though. A large number of actors, directors, comedians, and other VIPs have all tweeted about the arrest, with many making very careful– and funny– jokes. Noticeably absent thus far is any comment from Hannibal Burress, the comedian whose Cosby jokes are often credited with bringing the scandal to light in the first place.

More Like This
Chris Pratt Says He "Cried" About That "Healthy Daughter" Instagram Post Controversy
Princess Charlotte Got So Excited To Shake A Royal Fan's Hand
Meghan Markle Calls On Men "To Be Vocal" In The Aftermath Of Roe v. Wade Ending
Some Movie Theaters Are Banning Teens Dressed In Suits As Part Of Viral 'Minions' Trend