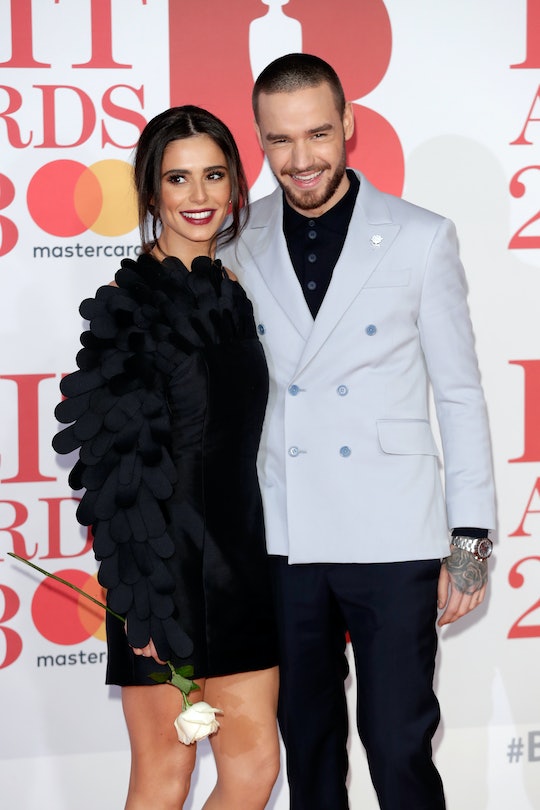 It's always so awful when a couple breaks up. Even if you don't know them, the finality of an ended relationship is really just the saddest thing. Which is why fans were heartbroken to find out that Liam Payne and Cheryl Cole were breaking up after more than two years together.

The couple took to social media on Sunday with matching posts explaining that they had come to the "painful" decision to separate. They are parents to son Bear, who was born in March 2017, who will continue to be "their world," as Payne wrote on Twitter; "Cheryl and I are sad to announce that we are going our separate ways. It's been a tough decision for us to make. We still have so much love for each other as a family. Bear is our world and we ask that you respect his privacy as we navigate our way through this together." Payne and Cole originally met on the set of X Factor UK, when the former Girls Aloud star was one of the judges on the reality talent series. Payne was one of the contestants, along with his band mates from One Direction, in 2008.

Since then, 24-year-old Payne has gone on to become a boy band superstar with fellow One Directioners Niall Horan, Louis Tomlinson, Harry Styles, and Zayn. Each have gone on to massive solo careers since, with Payne's song "strip That Down" spent a significant amount of time on Billboard's Top 100, according to Billboard. Cole also moved on from her time with Girls Aloud to enjoy a successful solo career.

He and 35-year-old Cole have been pretty private about their relationship, and it wasn't until Bear was born in March 2017 that Payne opened up about his relationship with her to Rollacoaster magazine, according to People:

Obviously I have the most ­beautiful girlfriend in the world and she’s absolutely amazing. She’s been my dream girl since I was younger. She’s so ace.

He continued to credit Cole at the time with being a "wonderful" person, according to People:

She is a wonderful, wonderful person and it’s amazing to have someone who can relate to so much of things — someone who’s taken greater steps than me. Her solo career was ­amazing. She’s been in the ­industry for 14 years now.

Just one year later, Payne was getting real about the couple's relationship struggles. In March 2018 he spoke with Evening Standard Magazine about an appearance at the Brit Awards in February, where he and Cole had been accused by the press as putting on a show of being all lovey-dovey, according to the BBC. Payne told Evening Standard at the time:

I'm not gonna sit here and say that everything's absolutely fine and dandy. Of course you go through different things, and that's what a relationship is. But we go through them together as a family and that's the most important thing for me.

As for Cole, she spoke to the BBC about possible split rumors in February as well, according to E! Online:

Do I find it frustrating? No, it doesn't bother me. My focus is solely on this, it's taken seven years to get here and none of that matters. This is the most important part for me.

While it's impossible to know as outsiders what happened in their relationship, it seems as though they were really trying to work things out between them. And that's perhaps the most difficult part of hearing that a relationship ended; to know that a couple wanted to work things out, but in the end simply couldn't do it.