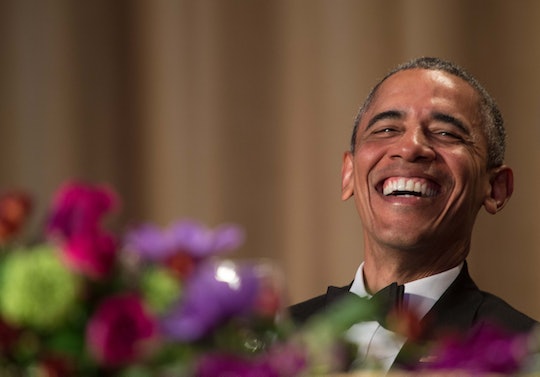 This year's annual White House Correspondents' Dinner was President Obama's last, and the guy did not hold back during his speech before the somewhat motley assemblage of attendees. While addressing journalists, like The Boston Globe team that uncovered the Catholic Church's sex abuse scandal in 2002, and celebrities like supermodel Kendall Jenner, as well as some off-the-cuff guests like Bill Nye "the Science Guy," Saturday night, Obama aimed zingers at Congress, CNN, and the GOP as a whole. While his jokes at the expense of each of the current presidential candidates — especially Republican frontrunner Donald Trump — were the most highly anticipated and relevant, Obama's best WHCD lines served to remind us why we're all going to miss him.

The president humorously blasted Trump for his ego, lack of foreign policy experience, and the violence he seems to inspire; Hillary Clinton for her six-figure speeches on Wall Street and her struggle to court young voters; Bernie Sanders for his low-brow fundraising style; Ted Cruz for his recent gaffe in "Hoosier country" Indiana, where he called a basketball net a "ring"; and John Kasich for generally being irrelevant. But, in my opinion, Obama's best lines pretty much ignored American politics and showcased his personality. It probably doesn't hurt that he's not the one that has to worry about trying to get elected in November.