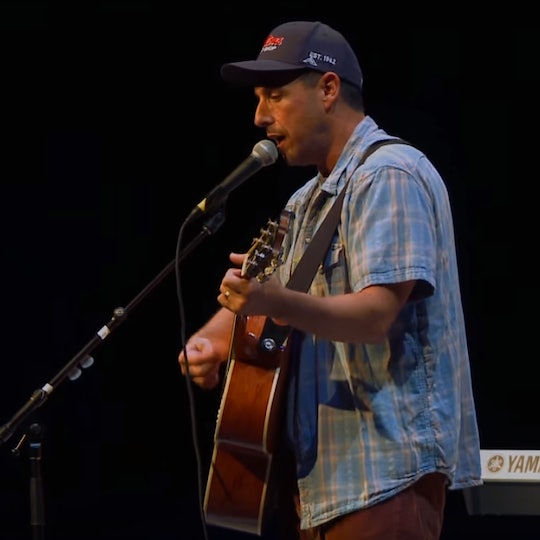 This time of the year means cold nights, peppermint mochas, random acts of kindness, an overabundance of presents, twinkle lights and, thankfully, Adam Sandler's fourth "Chanukah Song." This year, the former SNL star and all-around funny man did not disappoint, providing a new sing-song list of prominent Jewish celebs so the kids with the menorahs and dreidels don't feel so left out come Christmastime.

Sandler's newest rendition of the "Chanukah Song" is just as witty, hilarious and thoughtful as his first three installments. Throughout the four-minute medley, Sandler touches on current pop cultural events and stars, as well as celebrities of days past. Although some of the stars are well-known for being the chosen people, there were a few surprises on the list. (Did you know Joseph Gordon-Levitt enjoys eating Kugel when he's not dancing to Janet Jackson?) And, in pure Sandler fashion, there were one or two too-soon references throughout the song, including a nod to former Subway spokesman Jared Fogle (seriously Adam, way too soon.)

Although Chanukah is a few weeks away, there's no shame in blasting "Chanukah Song Part 4" from your speakers as you make your way to the Black Friday sales. After all, your Christian friends have no qualms listening to "Rudolph the Red-Nosed Reindeer." So this Thanksgiving, why not sit back, relax, and laugh to the sultry sound of Sandler?

And, if the fourth installment isn't enough to get you through eight crazy nights, here are his three previous versions.