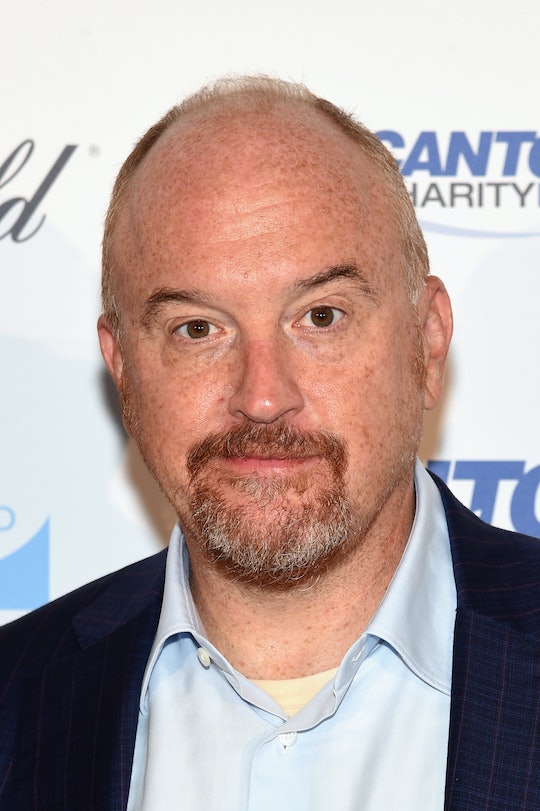 Louis C.K. Says We Need A "Tough Mom" Like CIinton In The White House, & It's On Point

Moms are amazing, this we know for sure. Moms know how to get it done, whatever that "it" might be. Whether that "it" looks like getting their kids off to school or cooking supper or running the United States of America... basically, if a mom is on the job, it's going to get done. So sayeth Louis C.K. When asked who he would be voting for during an interview on Conan Tuesday evening, Louis C.K. praised Clinton and said he figured the country needs a "tough mom" in the White House. And whatever you might think of the writer/comedian, you've got to give the guy props int his situation, because his message is on point.

When late night talk show host Conan O'Brien asked C.K. (who is also a longtime friend of O'Brien) who he might be voting for, the comedian didn't hesitate for a moment. He told O'Brien that he would have picked former Secretary of State Hillary Clinton "over anybody, not as the lesser of two evils" and his reasons make perfect sense:

It’s not about the first woman [president], it’s about the first mom. Because a mother, she’s got it. A mother just does it. She feeds you and teaches you, she protects you, she takes care of you. She gets shit done.

The comedian went on to point out that the dads have had their chance running the country, according to the video:

We've had 240 years of fathers; father after father. Bald father, fat father, every kind of father. And fathers are okay; I'm a father, you're a dad. But a great father can give a kid 40 percent of its needs, tops. And that's optimistic. Any mother, just even a not even trying mother; 200 percent.

C.K acknowledged that formally announcing that he is decidedly "With Her" could split his audience, but it didn't stop him from going on to point out one more incredibly valid reason why Clinton would make a better president than Republican presidential nominee Donald Trump; the woman knows how to take criticism.

On Trump, C.K said he had no problem with someone who is voting for Trump "if that's your ideology," but wondered if the country could honestly take four more years with someone who "can't be criticized."

This guy, every time he's criticized, everything stops, and he makes everybody pay. That's not how it works. We need somebody who can take abuse. Hillary Clinton can take abuse. She's been taking it, and taking it. We've been hazing her.And she just keeps working. So I'm totally in it for her.

He's not wrong. Clinton has been taking it on the chin for decades (I mean, look at the ordeal she went through as FLOTUS as just one example). She is knocked down, and she gets back up. She doesn't shy away from critics, or detractors; heck, she's just now taking on the head of the FBI over the most recent review of emails that may or may not pertain to her. She's got what it takes.

Meanwhile, someone says Trump has small hands and he goes on a 3 a.m. Twitter rampage. Thanks, Louis C.K., for giving good reasons for why people need the first mom in the White House to just get it all done.