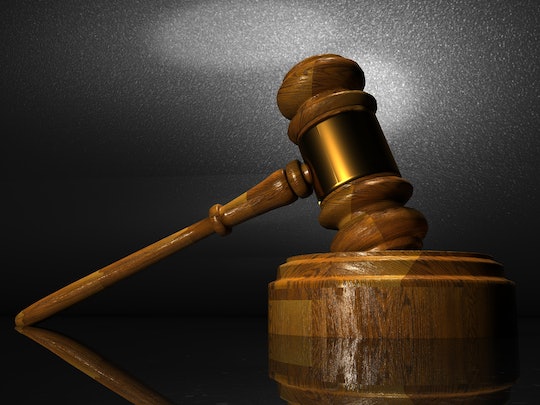 Man Who Raped Daughter Repeatedly Gets 60-Day Sentence & It's Infuriating

A Montana judge plans on retiring next month, and here's what will become his legacy: At the tail-end of 22 years on the bench, Judge John McKeon handed down a measly, infuriating 60-day jail sentence to a man who repeatedly raped his 12-year-old daughter. It was a disgusting, depraved crime paired with the type of lenient sentence all too often granted to rapists. That's why — despite the fact that the victim's own mother begged the judge to forgo a sentence of incarceration and referred to the convicted rapist as "just a man that really screwed up" — tens of thousands of people have signed a Change.org petition calling for McKeon's impeachment in hope that he won't be able to collect a retirement paycheck and live happily ever after.

The 40-year-old Glasgow, Montana, man received a sentence of 30 years earlier this month as part of a plea agreement, according to CBS News, but all but 60 days of that heftier punishment were suspended. The man, whom Romper will not identify by name to respect the privacy of his victim, also got credit for the 17 days he previously spent behind bars. All said, he'll clock 43 additional days in jail, as well as complete community-based sex-offender treatment and register as a sex offender.

Romper reached out to McKeon's office for comment and did not immediately hear back.

Amid public outrage over the nearly nonexistent sentence that many viewed as prioritizing the perpetrator's interests over justice for (and, possibly, the safety of) his young daughter, McKeon emerged Thursday to defend his decision. The man had pleaded guilty to one count of felony incest over the summer. Still, the judge wrote in a statement to the Flathead Beacon that he considered an exception to the mandatory 25-year prison sentence for incest that the state allows if the victim is 12 or younger and a psychosexual evaluation finds treatment "affords a better opportunity for rehabilitation of the offender and for the ultimate protection of the victim and society."

According to CNN, he also cited the the victim's mother's and grandmother's pleas to allow the perpetrator to come back into the family so that he can have a relationship with his sons, and that he believed the man presented a low risk to reoffend. Here's what her mother wrote in her letter to the judge:

He needs help. He has two sons that still love him and need their father in their lives, even with very understandable restrictions. I would like to see my children have an opportunity to heal the relationship with their father. Please give him the opportunity to work on fixing the relationships he destroyed. He is not a monster, just a man that really screwed up and has been paying in many ways.

At court, no one spoke on the girl's behalf, according to The Washington Post. But those supporting the Change.org petition, which has more than 55,000 signatures as of Thursday afternoon, want to speak up for her now. "The victim only had the justice system on her side, and it failed her," the petition reads. "Judge McKeon failed her. She deserves justice and together we can help be her voice."

The outcry over seemingly light sentences for convicted sexual offenders isn't new. Back in June, many were horrified when a California judge sentenced ex-Stanford University student Brock Turner to just six months in jail after he sexually assaulted a woman behind a dumpster last year. (Turner served only three months of that sentence, and the judge in that case, Aaron Persky, has agreed not to hear criminal cases anymore.) In another, less well-publicized case, University of Colorado student Austin Wilkerson — who admitted to sexually assaulting his victim in 2014 — was granted "work release" during the two years he'll spend in jail after his August sentencing.

Each of these stories is disgraceful and insulting to victims of rape and sexual assault all across the country. Their rights should triumph over the convenience or comfort of their assailants, no matter what.