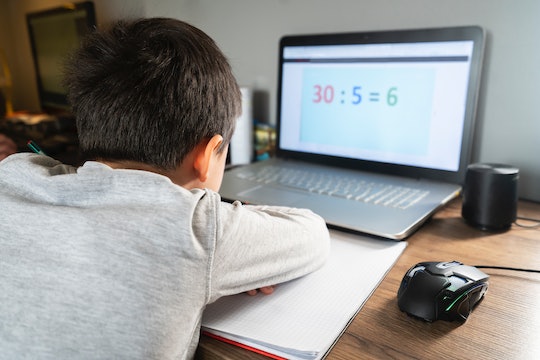 With the president pushing for children to return to the classroom and a number of states intent on pursuing phased reopenings, the Centers for Disease Control and Prevention (CDC) has released guidance for reopening schools. But a new Ipsos poll conducted on behalf of USA Today has found that if schools reopen in the fall, they may find attendance down as many parents will likely continue at-home learning.

While more than half of Americans polled, just more than 2,000, said they supported a range of suggested proposals for reopening schools for in-classroom learning in the fall, a majority of the parents surveyed appeared hesitant to return their children to school before a vaccine had been found. A total of 59% of parents surveyed who had at least one child in a K-12 grade said they would "likely" pursue at-home education options such as homeschooling or remote learning instead of sending their children back into the classroom. Another 30% said they were "very likely" to continue to pursue at-home learning.

But that doesn't mean parents wouldn't try to stress the importance of such rules on to their children. Some 70% of parents surveyed said they would ask their child to wear a face mask while at school.

A number of parents polled also reported having sufficient access to the resources needed for remote or online learning, a factor that could be influencing their hesitation to send their child back to school before a vaccine has been found. While 94% of parents reported having reliable home internet, 82% said it was easy for their child to use the technology required for distance learning. Additionally, a majority of parents — 78% to be exact — also said their child's school district had developed some form of alternative learning, such as virtual classes. Of course, those figures don't represent every family's experience with internet access and remote learning. In Arkansas, for instance, 23% of households don't have access to internet, according to NBC News.

However, more than half of parents did express concern regarding teachers' ability to support children's online learning. Interestingly, in a separate poll of K-12 teachers, Ipsos and USA Today found that 82% of them felt parents have struggled to support their child's online learning. In that same poll, 55% of teachers said they did not feel their school district trained them well for tackling distanced learning in light of the coronavirus outbreak. At least 63% of polled teachers said they were working more than normal, while 62% said they were unable to "do their job properly" due to the nature of remote teaching and learning. A whopping 86% of teachers reported being worried about their students.

Teachers also expressed concern about students' ability to adhere to social distancing rules, with 87% noting it would likely be hard to enforce such guidelines in the classroom. And while most teachers reported feeling OK about returning to in-person lessons, 18% of those polled said they would quit if their school reopened in the fall, 25% of whom were teachers older than 55.

In recent weeks, President Donald Trump has pushed for schools to reopen and criticized the nation's top infectious disease expert for warning against reopening schools and businesses too soon. While testifying before a Senate committee in early May, Dr. Anthony Fauci cautioned that there's still a lot doctors don't know about the novel coronavirus' effect on children and that it would be cavalier to assume children are immune to the virus' more deleterious effects.

"To me it's not an acceptable answer, especially when it comes to schools," Trump said in response, the New York Times reported. And on Sunday, the president tweeted that "Schools in our country should be opened ASAP."

Despite the president's push, it seems many parents — and even some teachers — aren't 100% confident about heading back into the classroom while coronavirus cases continue to be reported throughout the country.