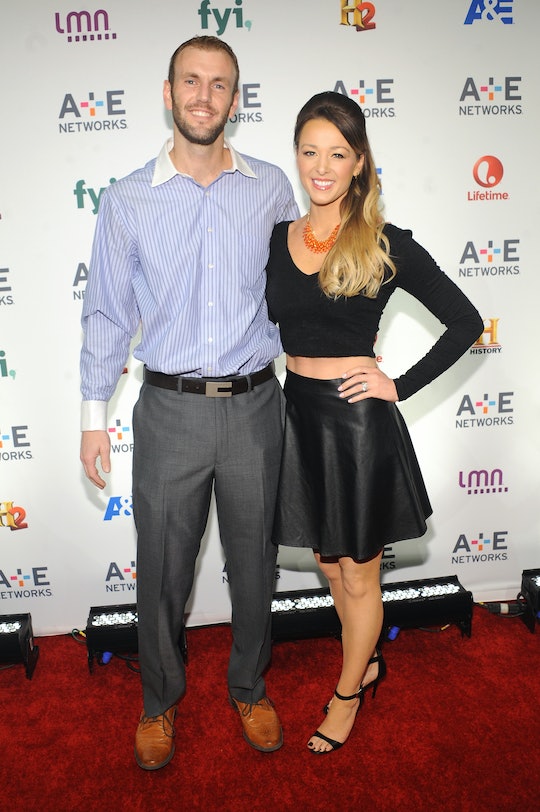 Jamie Otis' Miscarriage Update Is One All Women Deserve To Hear

Reality star couple Jamie Otis and Doug Hehner were thrilled to share with their fans in December that they were expecting a sibling for their daughter, Henley, after experiencing a chemical pregnancy only a few months prior. But sadly, the couple shared on Saturday that they'd had a loss at 10 weeks, and in a separate post a day later, Married At First Sight's Jamie Otis opened up about experiencing another miscarriage, according to People. Although pregnancy loss is never an easy topic to discuss, Otis' honest post will no doubt help many women — both those who have experienced a loss themselves, as well as those who will in the future.

Though the taboo surrounding miscarriage is why many couples choose to keep the news of their pregnancies under wraps until the end of the first trimester, Otis has always been upfront about sharing her fertility journey. In September, for example, the reality star shared a snap on Instagram of a faintly-positive pregnancy test, before confirming two days later that she'd actually suffered a very early loss. And after revealing her latest pregnancy just after Christmas, she began sharing super sweet bump updates with her fans for weeks 8, 9, and 10.

After revealing in her 10-week update though that she'd previously suffered some cramping and bleeding, and that an ultrasound tech had failed to locate a heartbeat, she updated fans the next day, and confirmed that the baby had, at some point, stopped growing, and that she would ultimately miscarry.

Despite being completely heartbreaking, it's a reality that many of her followers could relate to — in fact, it's estimated that 10 to 20 percent of known pregnancies will end in miscarriage, according to the Mayo Clinic. But while it's not often that you actually hear people discussing the details of what that's really like, Otis continued to share about the experience, posting in her latest update what it was like to opt for medication meant to help speed the process of a missed miscarriage along.

Otis explained in her post that because she "really [didn't] want to have a D&C," she chose instead to take medication, which she said involved having the doctor place it in her cervix, and then lying down "for 15-30 mins" to allow it to be absorbed. Otis then shared that, later that night, she "began getting the most sharp, excruciating pains all throughout [her] belly and [her] back," and that she eventually passed the contents of her uterus, noting, "I'll spare you the details of what it was like when I went to the bathroom."

The rest of the night, she said, was spent "curled up in fetal position with heating pads," with Hehner "by [her] side for every.single.moment of the stabbing pains and runs to the bathroom." Otis even said that their 16-month-old daughter "slept angelically through the night," which was definitely a big help for her grieving parents.

Like any couple trying to heal from a loss though, Otis said she and Hener are simply "trying [their] best to stay positive," and added that they definitely have plenty of experience to draw upon — in addition to their earlier chemical pregnancy, the couple lost their son, Johnathan Edward, in 2016 when Otis was only 16 weeks along. So while they certainly never hoped to have to deal with it again, Otis wrote that, this time, at least, they know that they "will make it through this too."

As sad as it is to hear about Otis and Hehner's loss, they are at least offering a huge service to others by being willing to speak about it so openly. Given that women are often expected to keep quiet about their pregnancies because of the risk of miscarriage, it means when those losses do occur, it can feel like we aren't supposed to talk about them. And when we don't talk about them, it just leaves women feeling more alone, and unnecessarily unprepared about what to actually expect, physically and emotionally, during the process.

There's no easy way to cope with the loss of a very-much-wanted pregnancy, especially one that has already followed two previous heartbreaking losses. Hopefully Otis and Hehner will go on to have the healthy, full-term pregnancy they've been hoping for, but in the meantime at least, they've done so many women and couples a huge favor by helping to normalize the experience of early miscarriage. And while sharing their story will hopefully help themselves heal, it's likely that it's already helped countless others, too.