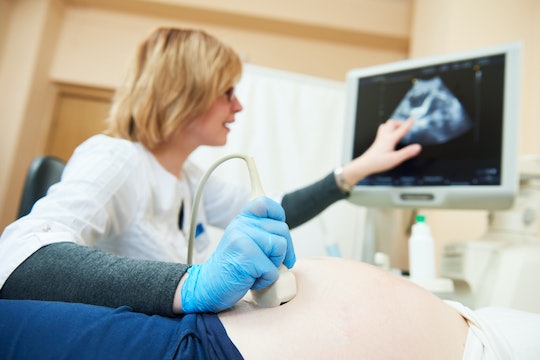 Over the last four decades, the United States has seen dramatic advancements in medicine and medical technology. Better prevention, screening, and treatment of diseases and illnesses have improved health rates significantly. People are healthier and living longer, including mothers and their families. In fact, maternal health stats in 1970 versus today show that strides have been made. Still, that doesn't mean there isn't a long way to go, too.

The U.S. Centers for Disease Control and Prevention estimated that, in the 1970s, the infant mortality rate hovered around 20 percent, but dropped to around 10 percent in 1995. The rate decreased even further in that time: In 2010, 6.15 infant deaths per 1,000 live births were recorded in the United States, according to the National Center for Education in Maternal and Child Health.

The number of live births, overall, has also decreased since the 1970s: from around 90 percent in 1970 to about 60 percent in 2016, according to the CDC's National Vital Statistics Report. The decrease in infant mortality rates and overall live births would suggest women have greater access to reproductive and prenatal health care, allowing them to not only better plan their families, but address any complications that may arise during pregnancy.

Smoking during pregnancy is another area where positive strides have been made in maternal health.

In the 1970s — and even earlier — it was not uncommon for a woman to smoke cigarettes while pregnant; at that time, the negative effects of smoking were not as well known as they are today. But the prevalence of prenatal smoking has declined drastically over the last four decades. Current data shows that the biggest drop in smoking among pregnant women occurred between 1989 and 2014: from almost 20 percent to 8 percent, according to Child Trends. (Estimates made available by the KIDS COUNT Data Center show that the prenatal tobacco use rate has hovered around 8 percent from 2013 to 2015.)

Despite these improvements, the United States still has a long way to go in addressing certain maternal health issues, such as postpartum depression and maternal mortality. The CDC estimates that, today, as many as one in nine women (or about 11 percent) experience postpartum depression within the first year after giving birth. That's a slight decrease from the number of women who reported postpartum depressive symptoms in 2004: About 14.8 percent, according to the CDC. (Earlier data is not available.)

Greater awareness of risk factors, improved prenatal and postnatal screening, and better treatment have all had a hand in the decline in PPD rates. But postpartum depression — and mental health, as a whole — is still heavily stigmatized in the United States. Although Obama-era health care reforms have made it possible for more parents to receive mental health help, Congress Republicans and the current administration continue to chip away at affordable and accessible health care. That includes not only (multiple failed) attempts to overturn the Affordable Care Act, but also budget proposals to drastically cut Medicaid funding.

So that means, despite the small dip in postpartum depression rates, far more parents are going without treatment during the first year after childbirth than there should be.

Maternal mortality is another area where the United States is failing. A study published in the Obstetrics & Gynecology in 2016 found that maternal death rates are on the rise in the United States. To be exact: The number of women who died during or shortly after giving birth increased by 27 percent between 2000 to 2014, according to the Obstetrics & Gynecology study. But the rates are not the same across all groups: Maternal mortality rates are three times higher among black mothers than their white counterparts, according to Vox.

That shouldn't be all that shocking when you consider the country's state of maternal health care. A 2006 Journal of Perinatal Education review found that women in the United States are just not given adequate postnatal care. Nor, the researchers wrote, is postnatal medical care "emphasized in national policies or national health objectives" in the country.

Although maternal health statistics have improved since the 1970s, there are still areas in which the country falls behind. And until those areas see drastic positive changes, the United States will continue to fail its mothers.

More Like This
Is There Parenting Advice To Take From ‘Strangers To Ourselves’?
This Is What It’s Like To Parent With OCD Right Now
Exclusive: Watch Hayden Panettiere Talk About Addiction Treatment 4 Months Postpartum
What Parents Need To Know After DEA Issues Warning About "Rainbow Fentanyl"