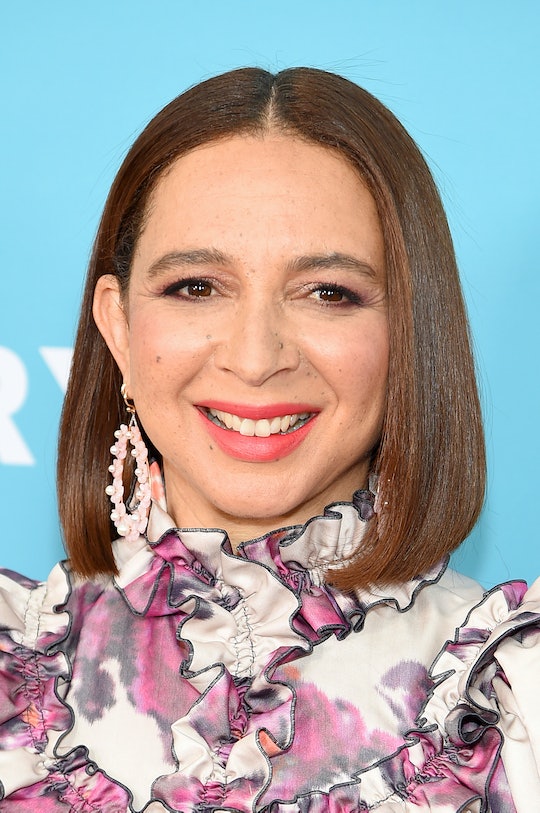 The former Saturday Night Live personality recently told Us Weekly about why she's "so happy" about the Duke and Duchess of Sussex's little family with their baby, who was born on Monday, May 6. Markle and Prince Harry are the first royal couple to welcome a biracial child and heir to the throne into the British monarchy in modern times, according to NBC News. And as such, the 46-year-old comedic actress shared a heartwarming story with Us Weekly about seeing Markle and Prince Harry become parents after witnessing their royal wedding in May 2018 with her own family, calling the former Suits star's romance with the prince "an incredible show of love."

"I'm so happy to be witnessing this family. It's so beautiful to me," Rudolf, who is mixed-race, told Us Weekly. "We watched the [royal] wedding as a family and I pointed to [Markle] and I explained who she was to my children... I just think it's an incredible show of love. It makes me so happy to see."

Archie isn't the first biracial child in the royal family, however; as HELLO! Magazine noted, Lady Davina Windsor, who's 31st in line to the British throne, shares two children with ex-husband Gary Lewis, a New Zealander of Maori descent. Their two children are the first biracial members of the British monarchy, and Lewis was the first person of known Maori descent to marry into the royal family, according to HELLO! Magazine.

Although most people were excited about Archie's arrival, the discourse surrounding his race has unfortunately gotten ugly among a select few. For instance, Danny Baker, a DJ for BBC Radio 5 Live, was recently fired over a now-deleted tweet in which he reportedly compared Baby Sussex to a chimpanzee, according to ABC 7. On Wednesday, Baker tweeted a photo of a chimpanzee dressed in clothes with the caption, "Royal baby leaves hospital." The following day, he revealed he had been fired, ABC 7 reported. The DJ claimed that the message was "supposed to be [a] joke about royals vs circus animals in posh clothes but interpreted as about monkeys and race."

"Enormous mistake, for sure. Grotesque. Anyway, here's to ya, Archie, Sorry mate," Baker tweeted after his firing, according to The Washington Post.

The royal family hasn't responded to any of the negative reactions to the royal baby's birth, and it's unlikely they will. As CNN previously reported, there was similarly hateful commentary amid Markle's wedding to Prince Harry, which drew no public reaction from the royal family.

At the end of the day, Rudolph's beautiful response to Archie's birth perfectly sums up this exciting moment in Prince Harry and Markle's lives and for so, so many adoring royal fans across the globe.