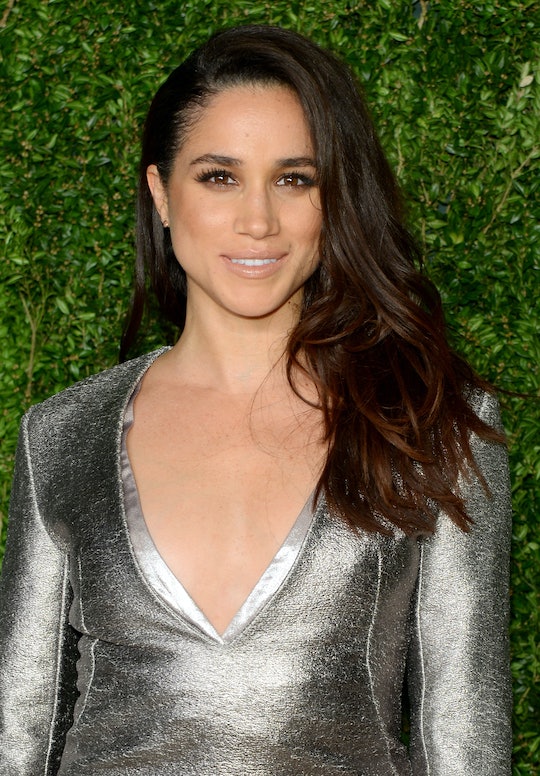 Anything Meghan Markle does is bound to turn heads, but it's her latest stint as guest editor for the September issue of British Vogue that has royal fans swooning. And with this prestigious once-in-a-lifetime gig came the task of introducing the issue with an open letter to readers, in which she covered everything from politics to fashion. But it was Meghan Markle's note about baby Archie that really struck a chord, especially since she mentioned the infant in the sweetest way possible.

Markle was about five months pregnant when she took on the role of guest editor, and now, her first-born, Archie Harrison Mountbatten-Windsor, is just about three months old. Time really flies when you're a new mom, royal or not. And Markle touched on this sentiment in her open letter, writing, according to People: “By the time you hold this issue in your hands, my husband and I will be holding our three-month-old baby boy in ours."

She went on to discuss her work with British Vogue editor, Edward Enninful, and how it was the perfect time to embark on such a journey. "It’s a very special time for me personally, on so many levels; working with Edward and his team has played no small part in that joy.”

Aside from the sweet mention (seriously, could it get any more adorable?), her statement reveals an important fact about her pregnancy. As it turns out, the Duchess of Sussex indeed knew the sex of the baby before giving birth. This is interesting to note because, for the most part, people were speculating about the baby's sex right up until the birth in May.

Speaking of speculation, an anonymous source revealed pre-delivery that Markle supposedly said she was having a baby boy while at her baby shower in New York, according to Vanity Fair. The source turned out to be correct but, hey, it was a 50-50 chance either way.

Circling back to Markle's stint as guest editor, she sat down with 15 of the world's most influential women, including former First Lady Michelle Obama, who she talked to about a variety of topics, including motherhood. And Michelle had some sage words of advice of her own for the royal parents to be.

"Don't get me wrong, early parenthood is exhausting," Obama told the Duchess. "I'm sure you know a thing or two about that these days. But there is something so magical about having a baby in the house. Time expands and contracts; each moment holds its own little eternity. I'm so excited for you and Harry to experience that, Meghan. Savor it all."

And for the most part, Markle is doing just that. The new parents are keeping most details about Archie's early days mum as privacy seems to be their most important tool in savoring all of those new baby moments.

It's clear the Duchess of Sussex has a knack for writing, as her open letter was well-received by many. And I don't think I'm alone in