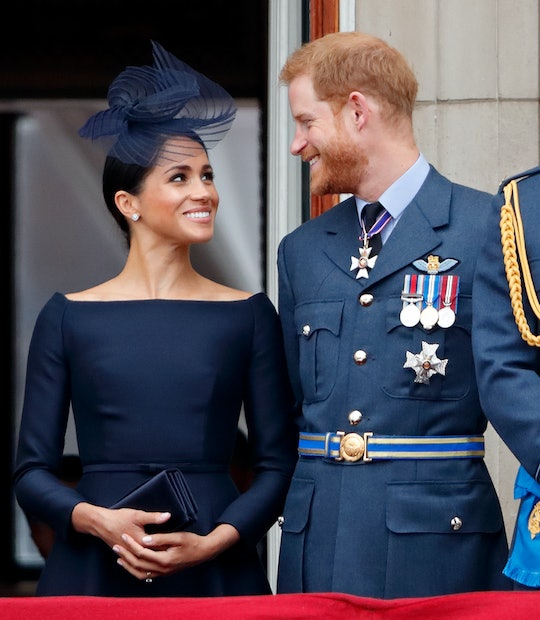 Could Meghan Markle be the one who's typing up clever captions on, let's say, an iPhone for her very royal and very official Instagram account that she shares with her husband? Thousands on social media sure seem to think so. In fact, Markle and Prince Harry's Instagram captions have people convinced the Duchess of Sussex is writing them herself. But why? A number of keen observers have noticed that there's something... shall we say American about the way they're written.

While some of the posts shared by the official Instagram account of The Duke and Duchess of Sussex are signed by their royal highnesses, most are not. Presumably these are written by someone like Emma, the head of digital engagement for Royal Communications. But more and more social media users are beginning think that Markle, who has a long history as a blogger and social media user, is actually the one running the official Instagram account for the Duke and Duchess of Sussex.

Theories regarding how involved Markle really is when it comes to her family's Instagram account were renewed Sunday thanks to a post promoting a season of giving by highlighting the work of 12 special organizations. "With the festive holiday season upon us, it's also a reminder to reflect on those in need — those who may feel lonely, hungry, homeless, or may be experiencing the holidays for the first time without loved ones," a caption from the official Instagram account of The Duke and Duchess of Sussex read.

The phrase "holiday season" is not something commonly used within the United Kingdom, as E! News and the Daily Mail both reported. Rather, the phrase is known to be more of an American idiom, leading some social media users to suspect Markle had typed out the caption herself.

This isn't the first time people have suspected that Markle was writing the Instagram captions posted to her and Prince Harry's account. In April, Harper's Bazaar reported that a post on the account generated buzz among royal commentators and reporters when it referred to nappies as diapers and cots as cribs. Some commented that the word choice felt more American than British. Previous use of a balloon emoji, references to the United States and Canada (two places Markle has lived) as well as use of "organization" rather than the British-spelling "organisation," have also caused people to question who is writing the captions for the account.

That being said, the world is unlikely to ever know for sure if Markle really is the author of the captions posted to the official Instagram account of The Duke and Duchess of Sussex. Meaning this royal theory is likely to remain exactly that, a theory.