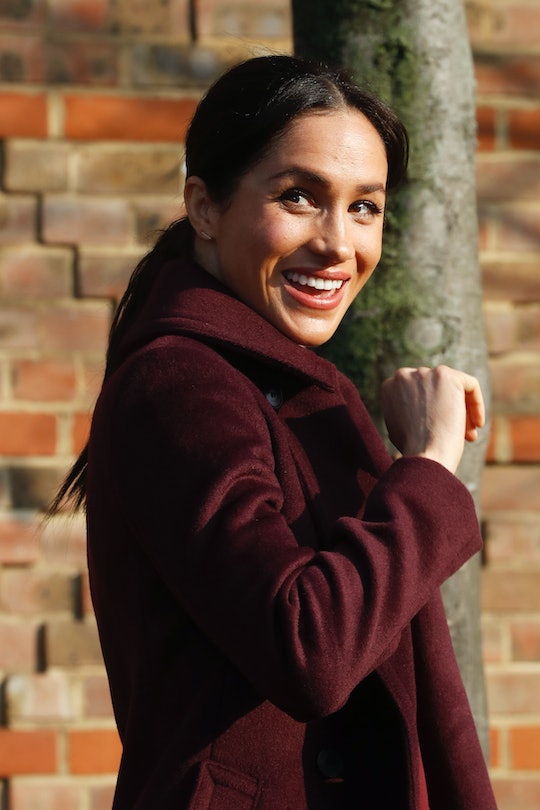 New Year’s resolutions are hard on us all. We look to the parts of ourselves that we don’t particularly like and swear to do better next year — even people who seem perfect make them. Exhibit 1: Meghan Markle. It’s hard to believe that there’s anything the Duchess of Sussex needs to improve upon but when you hear Meghan Markle’s thoughts on New Year’s resolutions, you’ll understand just where she’s coming from.

Before Markle was serious with Prince Harry she wrote a blog called The Tig, according to The Telegraph. At the very start of 2016 she wrote that she has the same resolutions every single year (who among us doesn’t, really?). She always swears to stop biting her fingernails and stop swearing, and re-learning French is also on her list as is running a marathon, The Telegraph reported.

She gave some justifications for her habits though and they don’t sound all that bad to me. "Stop biting my nails. Stop swearing. Re-learn French. These make my New Year's resolution list nearly (AKA actually every) single year," she wrote at the time, according to People.

She continued, "The swearing comes in lulls triggered by being overworked or feeling mighty cheeky after a couple drinks. And when it comes to the biting of the nails — well, it still happens with a turbulent flight or a stressful day. It's unladylike. But then again, so is the swearing. Dammit."

But for 2016, she decided to go a different route and be open to what life wanted to bring her way. On Jan. 1, according to Perez Hilton, she wrote:

My nails will be fine, and if I toss out a four letter word once in a blue moon, well frankly I think it adds character. For this new year the only the think I aim to do is approach life playfully. To laugh and enjoy, to keep my standards high but my level of self-acceptance higher.

That sounds like seriously solid advice we could all adopt. But she wasn’t done yet. According to Town & Country, she added:

My New Year’s resolution is to leave room for magic. To make my plans and be ok if they sometimes break. To set my goals, but to be open to change. To let the magic know that there is an open door policy with me in 2016 and that it is always welcome to join the party.

It was just a few months later, in July 2016, that she met Prince Harry on a blind date, according to People.

This past year has certainly been one full of magic for the now-duchess. A fairy-tale wedding, a solo outing with the queen, getting to work with charities she loves, and then news of a baby on the way were all highlights for Markle.

In fact all of these were featured on a video the four young royals put out on their joint social media platform through Kensington Palace.

Nothing is more magical than learning to accept yourself as you really are though. It sound like Meghan Markle has done herself a huge favor, over time, by being open to that most of all.