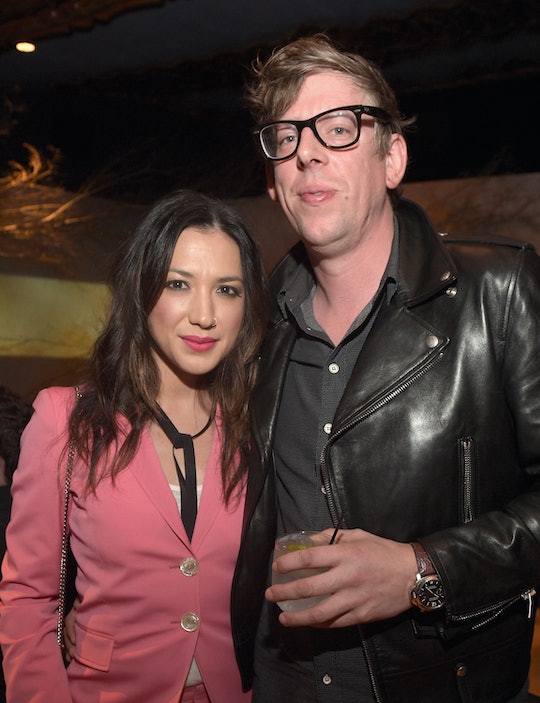 Michelle Branch Is Expecting Baby No. 2 & Her Pregnancy Announcement Is *So* Precious

There are few things in this world that people tend to uniformly rally behind. Almost nothing, really, other than the news of a new baby (just ask pretty much any member of the Kardashian-Jenner clan). There does seem to be something especially poignant about a celebrity you remember well from your youth announcing her pregnancy. Especially if her music happened to be the soundtrack to your early 2000s like Michelle Branch. There's just something about the "All You Wanted" singer that instantly seems to bring her fans back to simpler times. Because when Michelle Branch announced that she's expecting baby number two with fiancé Patrick Carney, fans were delighted for her. Because Branch's music created one of those precious moments in time for the early 2000s, and it's nice to hear such an exciting update.

The "Everywhere" singer and Carney, a former drummer for the band The Black Keys, both took to their Instagram accounts on Thursday to share the news that they are expecting a baby this summer. This is the second child for Branch, who is the mother to 12-year-old daughter Owen with ex-husband Teddy Landau. If Branch's Instagram post is to be believed, the new baby is something of a happy surprise to the newly-engaged couple.

Branch shared a sweet sonogram photo with her followers on Instagram with the caption, "Well, we were just about to send out Save The Dates for our wedding in May when we got this little surprise ❤️ Baby Carney is happening this summer and Patrick and I couldn’t be more excited!"

Fans of Branch couldn't be more excited either, with more than 26,000 of her followers liking the post and leaving messages of congratulations on her page:

Oh my gosh! Congratulations ❤️❤️ is Owen excited to be a big sister??

Carney shared the same video on his Instagram page, where his followers were excited to see the news that two talented musicians were about to become parents. Branch and Carney have been together ever since meeting at a Grammys party in Los Angeles in 2015. Branch and her husband Landau (who also happened to be her former bass player) had finalized their divorce in 2014, leaving the singer on the market, according to People. And it seems she and Carney hit it off spectacularly.

After dating for a year, Carney asked Branch to marry him as part of her 34th birthday celebration in July, as People reported. She shared in an Instagram post that Carney popped the question just as she was blowing out the candles on her birthday cake, writing:

Thank you for all the birthday love and wishes. Last night, right before I blew out my candles, @officerpatrickcarney asked me to marry him and then I had nothing left to wish for ✨❤️ 34 might be the best year yet

And can we even talk about the spectacular Art Deco engagement ring he gave her?

Carney and Branch now live together with her daughter Owen in Nashville. As she explained to People last April, the family has figured out a happy family dynamic thanks in no small part to her "wonderful" fiance:

I’d never had someone who was that supportive. He’s an amazing, amazing human. We both just jumped in with both feet.

And now it looks as though there's going to be even more family to love in the Branch/Carney household. No word yet on whether Branch is having a boy or a girl, and honestly it seems like the couple are just happy to share the news of their new baby.

Summer will come soon enough, and with it a new baby for one of our nostalgic favorites. Ain't life grand?