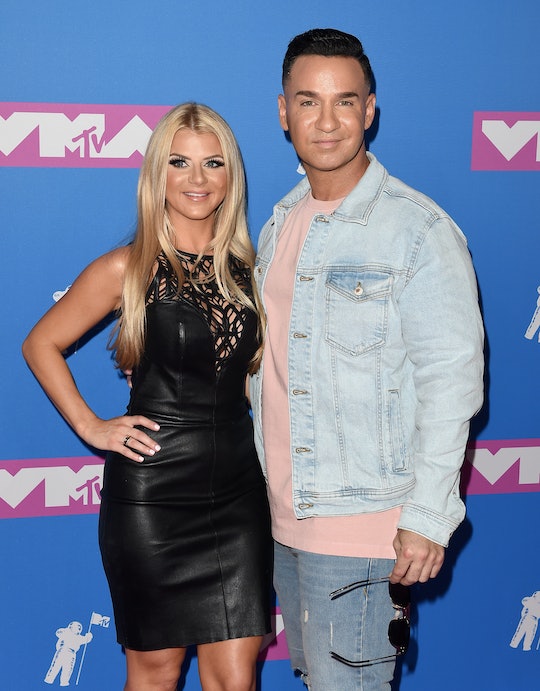 On Monday, Jersey Shore star Mike "The Situation" Sorrentino and his wife, Lauren, revealed they had miscarriage. The couple conceived immediately after Mike was released from prison in September, where he served eight months for tax fraud.

In a candid interview on Good Morning America‘s Strahan Sara & Keke, Lauren and Mike opened up about their tough loss. “When I found out we were pregnant I felt like this is why we went through all these challenges for years and that this was our time and it was our blessing,” Lauren said about learning she was pregnant and then miscarrying at around seven weeks. “It was hard. It was really difficult.”

Although the loss was "heart-wrenching" for Lauren, she's sharing her experience in hope of helping others, explaining, according to Us Weekly: “I didn’t want to hold this in. I wanted to share it for other people going through it and just be honest so I can kind of heal through the process.”

Mike and Lauren, who married in November 2018, have discussed having children for some time now. “We are hoping to probably get that going within the next year or so, hopefully,” Lauren shared in May 2018, according to People. “We are both one of four kids, so I think we definitely think the more the merrier, but it gets expensive!"

Mike shares Lauren's enthusiasm for having kids ASAP, telling Hollywood Life in November 2018, “I believe that being married is a huge milestone, as well as having a family. That’s very, very important. I’m old school, traditional Italian, where those are the most important things in your life."

He continued, "I’ve been on a lot of TV shows in the past ten years, and those are all accomplishments, but the biggest accomplishments are family and babies and marriage.”

Although this is an understandably hard time for the couple, it's possible they're taking comfort in the support from fans.

"So sorry for your loss, I know the pain all too well. You will both come out stronger," one person commented on Mike's post about the interview.

Someone else said, "Lauren is such a beautiful soul, and such a strong person. Sending you both love and prayers."

"Proud of the both of you for being so public with something so personal and devastating," another fan penned.

Once again, here's to Lauren and Mike for speaking out on a tough and important issue. Hang in there.