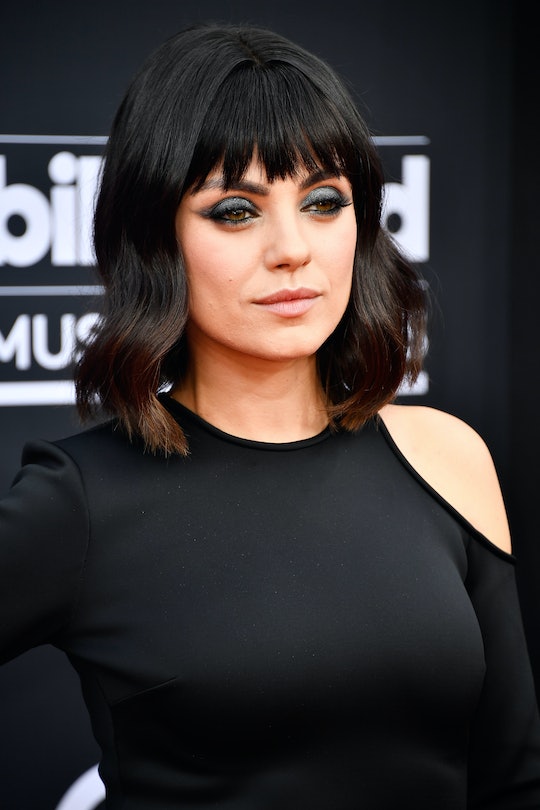 This Is Why Mila Kunis Isn't On Social Media, In Case You Were Wondering

For most celebrities, social media is just another part of the job. And while every celebrity uses their social media platform in a different way, there are a few out there who prefer to stay away from it all together. For example, wife, mother, actress, and all-around rock star Mila Kunis has explained why she's not on social media, and it honestly makes total sense. Obviously, Kunis is an A-list powerhouse of an actress, and her husband, Ashton Kutcher is relatively active on social media, so many have long-wondered why the 34-year-old stays away.

Well, in an interview with Cosmopolitan for the August issue of the magazine, Kunis opened up about her decision to steer clear of social media, even though her husband used it for good. Basically, Kunis explained that she had seen social media turn into an ugly place and she really just didn't want to be a part of it.

So really, that's all there is to it. And honestly, Kunis is kind of on to something. The emotional and mental impact of social media isn't necessarily all sunshine and rainbows, and seeing all of the bad news, cyberbullying, and anonymous trolls who like to put their noses where they don't belong can really wear you down.

So, Kunis just doesn't want to mess with it. And considering the fact that she's a working mom of two, who could blame her? Specifically, Kunis told Cosmopolitan, that she's actually always been a bit behind when it comes to social media:

I was so late to that train. I remember at some point my roommate was like, "You know, there’s a thing called Facebook," and I was like, "What is this Facebook? Who's gonna poke each other? That's just weird."

But, for Kunis, social media quickly became a negative place, and it just isn't worth putting herself in that kind of headspace to connect with people, even though so few people use social media for that purpose. Continuing her interview with Cosmopolitan, she said,

And then Ashton and I reconnected and started talking. He used to be incredibly forward-thinking with social media, when the intent was to connect to people. But it took an ugly turn and became all about who can be the loudest, who can be the angriest and the most negative. Then it's just not a fun game to play.

Additionally, Kunis also explained that staying off the internet helps her avoid all the ridiculous rumors and tabloid lies that are out there about her. "I don't read anything about myself," she explained to in her Cosmopolitan interview, which was conducted by Kunis' friend and The Spy Who Dumped Me costar Kate McKinnon, according to Entertainment Tonight. "I genuinely don’t know what's written about me...other than I know that I’m pregnant about once a year and my husband and I are getting a divorce once a year." Yeah, Kunis is kind of a master at handling pregnancy rumors, and other lies about her.

Seriously, Kunis has enough on her plate, she really doesn't need to worry about what's going on online. Her two children, daughter 3-year-old Wyatt Isabelle Kutcher, and 1-year-old son Dimitri Portwood Kutcher probably keep her pretty busy, along with ya know, her career being an actor and producer and making that money.

So, even though some fans might be a little disappointed that they don't get to hear directly from Kunis on a regular basis via Twitter or Instagram, the star's decision is totally OK, and if she feels the need to stay offline, then more power to her.