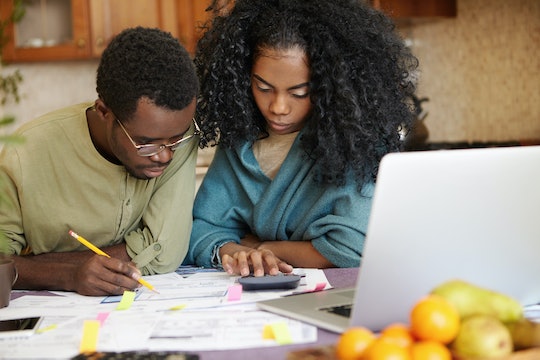 Even as a lot of attention turns to Generation Z kids as they come of age and do awesome things like organize rallies to speak out against gun violence and other concerns, researchers are still interested in the consumer habits, behaviors, and beliefs of the generation that comes just before them: millennials. As millennials age, there are certain milestones that we are expected to go through as a generation — buying houses, settling into careers, having kids, and so on. But when it comes to our economic prospects and the ability to do some of those things, millennials are less optimistic than Baby Boomers, a new study from the University of Michigan, Haver Analytics, and Deutsche Bank Global Research reports.

Millennials face more student loan debt than any other generation and deal with house prices that are much higher than what their parents saw at their age, MarketWatch noted. Possibly as a result of those issues, for the first time in more than 130 years, millennials are more likely to live with their parents rather than with a spouse or partner in their own household, Consumer Affairs reported. Researchers say younger Americans now tend to get married later in life, and have more student loan debt than they can manage while also paying for rent or a mortgage.

So we live with our parents because we can't afford rent, and we can't afford rent because of debt, which keeps going up, and we're putting off things like marriage and buying a house as a direct result of those financial concerns. OK, I think I'm starting to see why millennials aren't all that optimistic about their financial futures.

But millennials aren't the only ones worried about their economic prospects. A 2017 study by the Pew Research Center found that only 37 percent of Americans believe that today’s children will grow up to be better off financially than their parents.

So while consumer confidence in Baby Boomers may be higher right now than it is in millennials, at least some of those Boomers do seem worried about the financial outlook of their younger counterparts as well. As part of that Pew report in 2017, Bruce Stokes wrote that, "Americans are fairly pessimistic about economic prospects for their country’s children," and that's clearly reflected in the confidence of millennials in the University of Michigan, Haver Analytics, and Deutsche Bank Global Research study.

But it's not all bad news. For example, there's been a recent jump in the number of millennials who have some money saved. Almost half (47 percent) of working millennials have $15,000 or more in savings, according to a Bank of America “Better Money Habits” report. If that number seems high to you, that's because it probably is: the MarketWatch survey only included 2,000 people, and it counted millennials as people aged 23 to 37 — a pretty wide age range. Those savings reportedly include bank savings/checking accounts, IRA, 401(k), and other retirement or investment accounts.

In addition, that same report found that 67 percent of millennials who have a savings goal stick to it each month, or at least most months. So even if we're not all that confident about the future when it comes to financial prospects, a good percentage of millennials are still preparing financially for the future.

There's likely no one way to make millennials more confident and optimistic about our futures, especially when it comes to finances. But dealing with the problems of ballooning student debt, rising education costs, a housing market that many millennials can't afford to participate in, and other escalating costs of living in the United States could be a good place to start.

After all, many of us entered the job market during a recession. The truth us, we might just be apprehensive about the future for a little while.