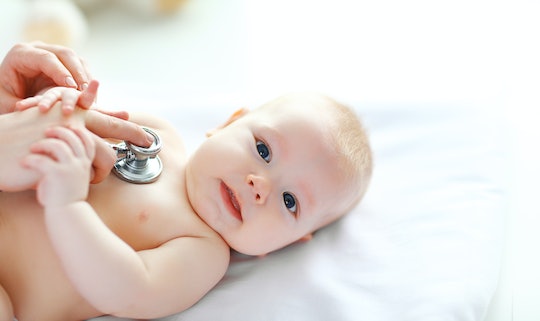 Congress created the Children's Health Insurance Program (CHIP) 20 years ago to ensure that no child in the United States would have to live without critical health care. Now, that same branch of government has failed to reauthorize funding for the program despite its ironclad bipartisan support, meaning that millions of kids could lose their health insurance next month if elected officials don't act, and act fast. Because the clock is ticking and what's left of the funds for the program are quickly draining from states' coffers, many are left with no choice but to yank the crucial safety net from beneath low-income families who are not eligible for Medicaid.

There's still hope that this undeniably terrible outcome — in which millions of youngsters would see their CHIP coverage terminated — won't come to pass, however. As Business Insider reported, congressional Republicans and Democrats could vote to provide the much-needed funding as part of the overall government funding measure before the end of the year. But they'd have to bridge serious disagreement to get there: Republicans want to cover the $15.6 billion annual cost of the program by reeling in Obamacare spending and Democrats want to legislatively strengthen Obamacare as part of CHIP reauthorization measures.

It will always be a blight on this Congress that they let CHIP funding lapse for the first time since its inception in 1997. But if kids actually start losing their health insurance before Congress comes up with a real solution, it will prove to be an unprecedented moral failing brought by "gridlock and dysfunction," as Virginia Gov. Terry McAuliffe said in a statement announcing that, at this rate, the state will run out of CHIP funding on Jan. 31.

Infuriatingly, though, it seems as though many other states are headed in that very same treacherous direction. According to The New York Times, for instance, the absence of reauthorization for the federally funded, state-administered CHIP programs will mean that 16 states will also run out of funding by the end of next month — leaving 4.9 million kids without the coverage they now enjoy. Of these, California, Connecticut, Texas, Utah, and Virginia have already announced that the programs will not go on once that time comes.

The situation is so dire that late night host Jimmy Kimmel brought his baby son, who has a heart condition requiring multiple corrective surgeries, on his show this week to plead with Congress to consider the 9 million children CHIP currently covers nationwide.

At the time, he tearfully lamented the fact that state governments — such as those in Connecticut and Utah — are planning to send letters telling parents and guardians to, essentially, start thinking about making other health insurance arrangements for their kids. That is, if they can afford it, as Kimmel said:

Now CHIP has become a bargaining chip. It's on the back burner while they work out the new tax plans. Parents of children with cancer, diabetes and heart problems are about to get letters saying their coverage could be cut off next month. Merry Christmas, right?

Perhaps it's a bit of a saving grace that not all of the millions of kids who currently rely on their states' iterations of CHIP will be without health insurance if the program doesn't get the funding it needs. In some states, where CHIP money was allocated toward expanding Medicaid, that program will still have to cover CHIP-qualified, according to Business Insider. The parents in other states will be forced to purchase coverage, through the Affordable Care Act marketplace or from an employer, if they can swing it financially.

That doesn't change the fact that failing to reauthorize CHIP jeopardizes the health care — and very well-being — of millions of American children. And that's inexcusable.