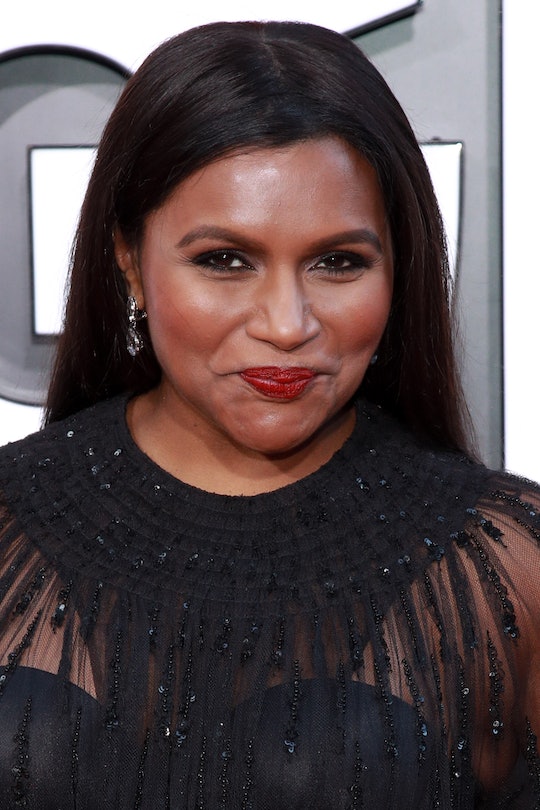 Mindy Kaling Talks Candidly About The Timing Of Becoming A Mom

I always knew this actress was smart and funny, but my crush on Mindy Kaling grows with the news that she's also super-wise about life and parenting. Mindy Kaling says there's no "right time" to have a baby and become a mom in a candid interview and, I mean, thank you Mindy Kaling.

As Us Weekly reported, Kaling told all to Glamour in the online mag's new cover story. The star of The Mindy Project and Wrinkle in Time (where she worked with pals Reese Witherspoon and Oprah Winfrey, the latter of whom gifted her with a entire library of classic children's books... the same present given to young Archie Mountbatten-Windsor) talked candidly about her journey as a mom.

Kaling, who gave birth to daughter Katherine Kaling in December, 2017, as E! News reported, has not felt inclined to name the child's father to the notoriously nosy public. But it's what she said about the timing of becoming a mom that I, and others, loved most.

"For me, my relationship with my mother was such an integral part of my life. Thinking back on our relationship is still such a huge source of my happiness day to day, so I’m so grateful for having Katherine."

I like that Kaling is saying, without actually using the exact words, that there's no absolute right or wrong way to become a mom, from the timing to the individual family makeup.

The star, whose new project is Late Night, a film in which she stars opposite Emma Thompson, added that yes, she actually wrote herself.

She was also super-candid about the fact that because she's financially independent, her experience and choice in becoming a single parent is different than what other pregnant people might face in juggling life, work, and the decision when and/or if to start a family. "[I'm in] a privileged position," Us quoted her as saying. “I have help, you know, and I know that’s not the case for all American women."

As for her work ethic, Kaling, author of two books in addition to starring in and creating projects, noted that she while she does work incredibly hard just as her Indian immigrant parents taught her to do, she knows she'll have to continue to work on balancing her schedule as Katherine gets bigger.

"I know at some point I will have to do less, because it’s not like there’s a dad at home picking up some of the slack. I think that’s another reason I work so hard — because I know that when she gets a little bit older, I want to be able to take off more time to spend with her," the star added.

The same interview, by the way, also found Kaling joking to Glamour about her social anxiety and the fact that's not worried about aging in Hollywood like some leading ladies might be — she was never typecast as the traditional beauty, anyway.

There's just something about Kaling's mix of self-deprecating humor and her optimism about life, parenting, and career that is very appealing.

I like celebrities as much as the next person. But with Kaling you really do get the extra sense that you know her from her interviews, and to read about her is ultimately to like her.