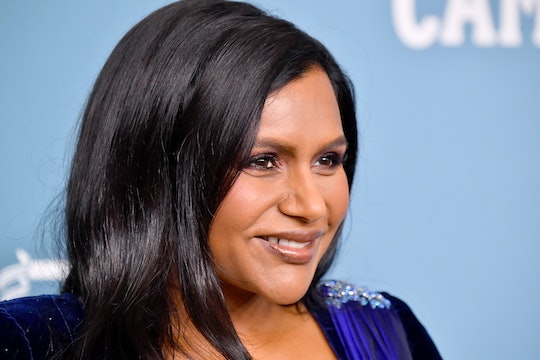 Mindy Kaling Shared Why She's Voting With A Sweet, Rare Photo With Her Daughter Kit

As the 2020 presidential election nears and hours before the vice presidential debate between Mike Pence and Kamala Harris on Wednesday evening, Mindy Kaling shared a new photo with her daughter, Kit, and revealed that she is her reason for voting this November.

"I want her to grow up with leaders who think and speak with integrity. Who show that measured and thoughtful responses do not show weakness. I want her to see that her elected leaders can be the children of immigrants, as her mom is," Kaling tweeted on Wednesday while sharing a sweet, rare photo of her little girl, 2-year-old Katherine Swati Kaling, cuddled up to her mom on the sofa.

While Kaling didn't specifically say in her tweet that she would be voting for former Vice President Joe Biden and Sen. Kamala Harris on the Democratic ticket, she has made it abundantly clear throughout the presidential election that is where her affiliation lies.

When Harris was still in the running to become the Democratic presidential candidate, she and Kaling filmed a cooking video together where they made Masala Dosa as two first generation Indian-American women. After Biden chose Harris as his running mate in August, Kaling made note of the historic moment on Twitter. "Was there ever more of an exciting day? For our entire country of course, but especially for my Black and Indian sisters, many of us who have gone our entire lives thinking that someone who looks like us may never hold high office?" she tweeted.

The Mindy Project star is set to be part of a national pre-debate event on Wednesday at 8:30 p.m. EST alongside Padma Lakshmi and several other celebrities supporting the Biden/Harris presidential ticket.