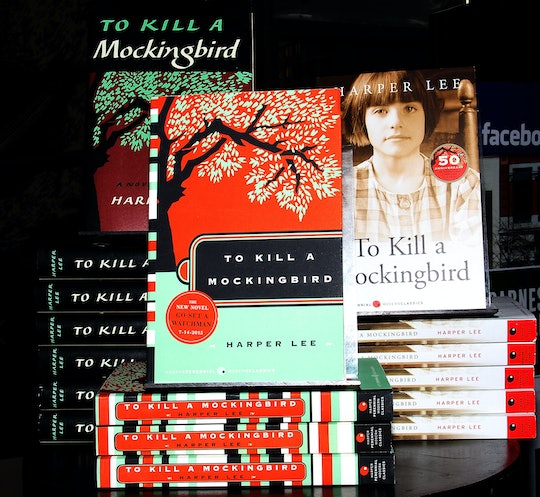 In a time when our nation seems particularly divided on matters of racial inequality and injustice, it seems odd for a school district to pull a classic piece of literature that tackles these very topics. And yet, here we are. A Mississippi school has pulled To Kill A Mockingbird from lesson plans and the reason is ironic.

The Biloxi School District received complaints about wording used in the book, which was used as part of eighth-grade English language arts classes, according to The Associated Press. The Harper Lee classic was ultimately decided to be pulled from the curriculum as a result. The Sun Herald reports this was a combined decision between administration and the department, and not a matter that the school board voted on. “There were complaints about it," Kenny Holloway, vice president of the Biloxi School Board, told The Sun Herald. "There is some language in the book that makes people uncomfortable, and we can teach the same lesson with other books. It’s still in our library. But they’re going to use another book in the 8th grade course.”

There are many resources and materials that are available to teach state academic standards to our students. These resources may change periodically. We always strive to do what is best for our students and staff to continue to perform at the highest level.

Romper has also reached out to the Biloxi School District, but has not yet received a response as of the time of publication.

The Sun Herald also shared an excerpt from an email sent in by a concerned reader, who said this decision was made "mid-lesson plan, the students will not be allowed to finish the reading of ‘To Kill A Mockingbird’ .... due to the use of the ‘N’ word.” This reader went on to write:

I think it is one of the most disturbing examples of censorship I have ever heard, in that the themes in the story humanize all people regardless of their social status, education level, intellect, and of course, race. It would be difficult to find a time when it was more relevant than in days like these.

Many have taken to social media to express their disgust with the school district's decision — including Sen. Ben Sasse of Nebraska, who called it "a terrible decision" on Twitter.

Others have shared their reactions, too — making some valid points in the process.

Of course, this isn't the first time To Kill A Mockingbird has stirred up controversy in the classroom. Just last year, according to Slate, this book and The Adventures of Huckleberry Finn were both removed from classrooms last year in Accomack County, Virginia, because of complaints of the use of the N-word. The Harper Lee classic is also commonly listed on the country's most frequently banned books.

I think we can all agree that the N-word is vile and racist; it should never be used in schools, unless teachers and students are specifically discussing the word's history or quoting it from literature. In the context of To Kill A Mockingbird, use of the N-word plays a big role in capturing the essence of the time period — as well as the lessons of the story. As much as we'd like to pretend things like slavery, Jim Crow laws and rampant racism didn't exist in our country, they did. Learning about the implications of these injustices, even through a fictional story, can help us put into perspective events that are unfolding today.

Because when it comes to matters of racial equality and justice, we still have a long way to go.