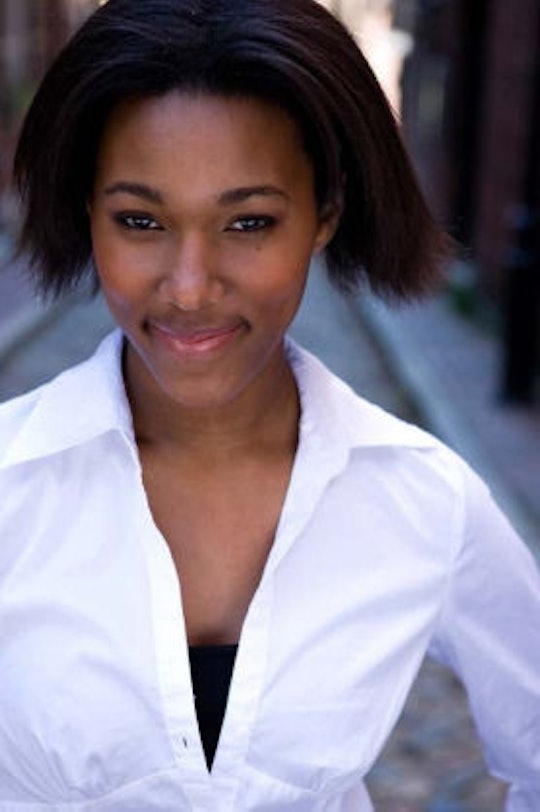 To simply change the name with no real regard for the people it’s directly affecting is unfortunately indicative of Trump's administration so far. In the first 14 days of his tenure in the White House, we've seen first-hand how tone deaf our current president is when it comes to issues affecting people of color, especially black people. Though it's unfair to say Trump came up with the idea to change the designation of the month (so many other presidents and Congress also did it) — Trump's official overhaul speaks to a greater issue. Throughout the election, he often referred to black people in completely dismissive terms: specifically calling out “my black friend,” or grouping us en masse as “the blacks.” But it seemed the only black people whom he had (or has) any sort of contact with are either other like-minded celebrities who orbit in his preferred social class or Ben Carson, people who are completely out of touch with the feelings and concerns of your average black person.

If you can stomach reading the transcript of his speech about Black History Month, he shows no real and true understanding of what black people have actually done and sacrificed for this country. Without paying any real mind to the struggle everyday black families face in our country, Trump said:

During this month, we honor the tremendous history of the African Americans throughout our country — throughout the world, if you really think about it, right? And their story is one of unimaginable sacrifice, hard work and faith in America.

No matter how you refer to us, we have a very complicated history with our terminology. “colored” and “negro” often evoke Reconstruction era and Civil Rights era oppression. “Black” became a term that came to prominence in the 1960s as a battle cry of people who would no longer be held down. But being black was its own proclamation: “Black Power,” “To be Young, Gifted and Black,” “Say it Loud, I’m Black and I’m Proud.” These statements stood on their own as a way to show that we would no longer be kept down. Black was more than just a color, it was our color. It's who we were deep down. It was more than just a term; it was a way of life. It still is.

I am not soft. I am not cuddly. I am fierce and bold and brave and independent. My black is beautiful and I am overflowing with #BlackGirlMagic.

“African American” was a term that began being used in the 1970s, but became prominent in 1988 when Reverend Jesse Jackson told us all to use it as a way to reclaim our roots. But that’s the thing; not every person as an individual has roots in Africa specifically. Many black people have a complicated relationship with their lineage. Colonization and slavery have completely muddied our ancestry, and it's practically impossible to truly know where your family may actually come from. As far as I know, my family came from the Caribbean. I haven’t tried one of those DNA test things yet (but I'd love to one day) so I don’t know what percentage of my actual blood comes from Africa. There’s a good chance I have more European blood in me than African blood.

The term “African American” was brought into the fold to make us as a people more palatable to white America.

When “African American” came to prominence in the 1980s and beyond, Jesse Jackson said, “To be called African American has cultural integrity,” and, "It puts us in our proper historical context." To call all black people who live in the United States “African Americans” completely alienates people who aren’t American. The history of blacks in America is still their shared history and any success is their success, but it completely erases their lineage and identity. When I posed the question to some of my black friends, they overwhelmingly agreed that “African American” totally stripped many of us of our identity. My friend Lauren gave one of the most spot-on answers:

The term 'black' is divisive to some white people. It's 'harsh' to the ears... associated with 'black-on-black crime' or 'Black Lives Matter,' which scares some people. Using the term African American is softer. There's that 'American' word in there to remind people (mostly us) that we're still Americans and still included, though that's obviously not the case. It's white-washing vernacular, to be honest.

I tend to agree that the term “African American” was brought into the fold to make us as a people more palatable to white America. Jesse Jackson had recently run for president when he brought the term to the national table. He knew that by using the term "black," he'd be alienating an entire class of white people, which was crucial for him to make any sort of headway.

I noticed that most of the people in my life who referred to me as African American were white. It always threw me when my white ex-boyfriend used to call me, or other black people, "African American." I never corrected him, because it didn’t bother me, but I always found it interesting. Even now, especially now, black can be a more acceptable version of a racial slur. If you’re black, you’re a thug ("a black teen wearing a hoodie" was shot and killed by police) but African American is more soft and cuddly ("they’re African American, just like the Huxtables!") but Mr. President, I am not soft. I am not cuddly. I am fierce and bold and brave and independent. My black is beautiful and I am overflowing with #BlackGirlMagic.

So, Congress and Mr. President — be it Donald Trump or Bill Clinton or any other president who believes "African American History Month" is a "softer" way to celebrate my history — you may call me African American, but I am now, and will always be, black.