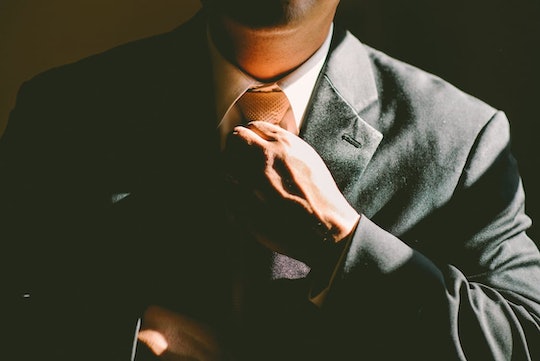 Men Are Getting Vasectomies For All The Wrong Reasons

According to some recent reports from doctors in New York City, more men reportedly get vasectomies in the summer, but for the most shocking reason. Just before they head to the popular vacation spots in the Hamptons, men are reportedly getting vasectomies so that they can sleep with as many women as they want to over the summer vacation, but don't have to worry about, first, using condoms, or, second, unwanted pregnancies and eventual child support. This trend is disturbing on so many levels. One man, 30-year-old Scott, told The New York Post:

I had a vasectomy a few months ago. Having a house in the Hamptons and being fairly well-off, I’ve encountered some problems — women try to get pregnant.

He added that the women allegedly try to "trick" him by telling him that they love him and don't need a condom, only to later attempt to "gold dig." Dr. Joseph Alukal, a urologist at New York University told the newspaper that men "don’t want to be in the situation of being accused of fathering an unwanted baby. That’s their fear — being told you’re paying for this kid until it’s [an adult].”

Another area doctor, midtown urologist David Schusterman added, "I never see a poor guy asking for a vasectomy. Rich guys are a population that's abused a lot." He added, "This extortion happens all the time. Women come after them. [They get pregnant and] want a ransom payment.”

Here are some problems with both the patients' and doctors' logic.

Getting a vasectomy so that one can have unprotected sex all summer long isn't the best answer to birth control. First of all, men should be insisting on wearing a condom as much as the woman should — and have them available at all times. There are instances in which a woman might not have access to or be able to take birth control for a number of health reasons. In those cases, using a condom is necessary to prevent pregnancy and STIs. And if someone is planning on having that much non-monogamous sex, especially in the New York City area, they're at a very high risk for STIs and HIV/AIDS.

The attitude of Scott, one of the subjects in the New York Post report, implies that women should or have to be on birth control and that it's the woman's problem if she gets pregnant. But it takes a man and a woman to make a baby.

The idea that women are "gold digging" or "tricking" someone into paying child support is misogynistic. Women aren't out there cunningly trying to "trap" a man with a child. In fact, it's just as likely that women in the Hamptons are enjoying a sex positive summer, too, without thinking about china patterns and baby names as they date a man in Montauk.

If a man doesn't want to run the risk of getting a woman pregnant, he should insist on using a condom if he's going to have intercourse. Remember, hormonal birth control isn't always effective. Pregnancy happens. And if a woman becomes pregnant and she can't access abortion or chooses to keep the child, it is legally a man's responsibility to, at the very least, pay child support. That's how the system works — it's not entrapment. If a man doesn't want to get a woman pregnant and "deal" with the consequences should she be unable or unwilling to terminate the pregnancy, he has to wear a condom. It's really that simple.

Nationally, only 61 percent of child support payments were actually made by men, so let's not pretend that every non-custodial father is supporting the human being they helped to create.