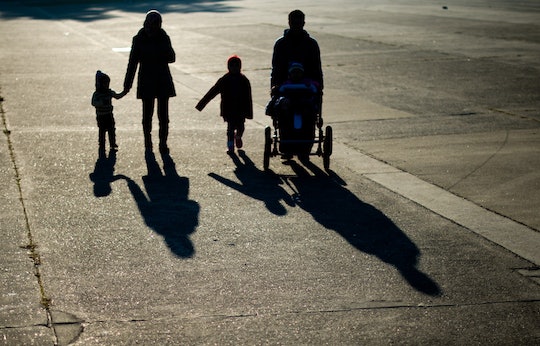 On Sunday in Laredo, Texas, a city smack on the U.S.-Mexico border, more Syrian refugees turned themselves in to immigration authorities. The group consisted of a family of three, along with two men. They were temporarily held to check their identities against security databases, CBS news reported, then turned over to the U.S. Immigration and Customs Enforcement.

This isn't the first set of refugees who have turned themselves over to American authorities. Last week, five Syrian nationals were detained in Honduras after using stolen Greek passports in an attempt to reach the U.S. On Tuesday, two Syrian families — again in Laredo, Texas — went to authorities before being sent to gender-separated detention centers. No ties between any of the refugees and the terrorist attacks on Paris Nov. 13 have been reported.

News of the latest Syrian refugees to seek entry to the U.S. comes as tensions grow here around the question of whether or not to accept Syrian refugees. 31 state governors have dug their heels, claiming that they wouldn't allow Syrian refugees into their states after the Paris attacks. Presidential candidates have also used the issue to draw attention to their campaigns, such as — ahem — Donald Trump, who weighed in on Sunday:

Texas governor Greg Abbott was not happy about the Syrian refugees in Laredo, either, and tweeted his dissatisfaction at the news.

However, acceptance of Syrian refugees remains a federal issue, and it looks like President Barack Obama remains steadfast in defending them:

One thing I've noticed in the different news stories on refugees entering the States? They're all turning themselves over. That's doesn't exactly sound like the M.O. of terrorists, does it?

More Like This
Everything To Know About Pilates During Pregnancy
Some Movie Theaters Are Banning Teens Dressed In Suits As Part Of Viral 'Minions' Trend
12 Of The Best Hallmark Christmas Movies To Watch In July
Is It Safe To Keep Using Period & Fertility Apps In A Post-Roe America?