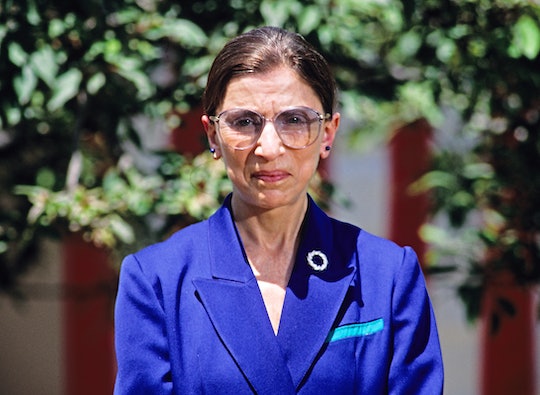 As the world mourns the passing of a trailblazing and inspiring champion for gender equality, two movies about U.S. Supreme Court justice Ruth Bader Ginsberg are heading back to theaters this weekend. What's more, the net proceeds will go to the American Civil Liberties Union Foundation to support the organization's Women's Rights Project, which Ginsburg herself created back in 1972.

The first film set to be released in theaters is RBG, the documentary from directors Betsy West and Julie Cohen. The film follows her rise to the Supreme Court and the lifelong fight for women's rights that turned her into a cultural icon. Released by Magnolia Pictures in May 2018, RBG was nominated for a Best Documentary Feature Oscar and won an Emmy for Documentary Filmmaking in 2019.

The second film to be released to theaters is On The Basis Of Sex, a Focus Features film directed by Mimi Leder and starring Felicity Jones as Ginsburg in her early years as a lawyer, wife, and mother working on the landmark women's rights case of Moritz v. Commissioner. The film was also released in 2018.

According to Variety, each film will be released to approximately 1,000 theaters across the country on Friday, with AMC Theaters is offering tickets for $5 each. Check your local listings for more information. And if you aren't comfortable heading to a movie theater during the pandemic, the movies will available on on-demand platforms as well, according to The Hollywood Reporter.

In a statement to The New York Times, both Magnolia Pictures and Focus Films explained the decision to share these films on the big screen after the death of Ginsburg at the age of 87. "Justice Ginsburg spent her life upholding fairness, the law, and the rights of all Americans," the statement read. "These films highlight only a small portion of her legacy to screen, but her vast impact on our country goes far beyond them. We hope that moviegoers are re-inspired by her passion, her courage and take that back into the world."

Proceeds going to the Women's Rights Project will benefit the organization's fight to protect women from violence, efforts to help women find employment, and education of young girls and boys to better support a future where all are created equal. As Ginsburg herself said in RBG, "I ask no favor for my sex. All I ask of our brethren is that they take their feet off our necks."