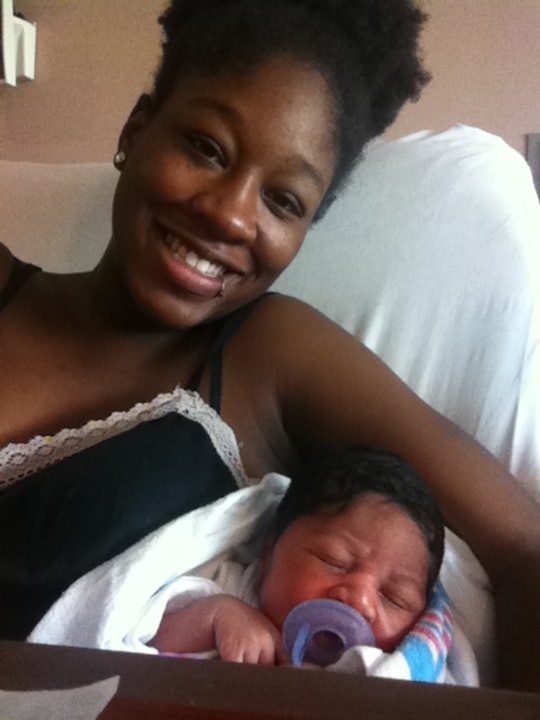 Almost four years ago, I was nine months pregnant and on maternity leave with just about a week to go before my due date. I spent my days folding, unfolding, and refolding the tiny clothes my family and friends had gifted us while occupying my anxious mind with endless TLC shows about pregnancy, motherhood, and what to expect. After nine months of carrying around this little human and reading every pregnancy book available, I felt totally ready and capable to have my first child. Of course I knew what jaundice was. According to just about everything I’d read and every mother I’d talked to, it was common and doctors typically prescribed some good ole' natural vitamin D from natural sun rays. It was, I thought, nothing to worry about. And with all the unknowns circling my brain, threatening to toss me into a hysterical worry cyclone, the last thing on my list was a non-life threatening, common thing like jaundice. But my baby’s newborn jaundice almost killed him, and it was terrifying.

About a week into my maternity leave, I gave birth to my son just a week before his due date. He came out healthy, peeing everywhere, and screaming for the entire floor to marvel at. He was perfect. Most of the two-day stay afterwards went as I’d imagined. I was encouraged to breastfeed and did so as frequently as possible. My son had his first poop right on time, and I wrote down every single wet diaper to make sure he was drinking enough milk, even though I was only making colostrum at the time. On the first night, the nurse came by and said that my son was “a little jaundice” and would need to sleep “under the bili lights.” And I thought, sure, OK, no problem. According to the Mayo Clinic, bilirubin is an orange-y yellow substance made by your body as it breaks down red blood cells, it then passes through your liver and eventually leaves your body. A bilirubin test checks the levels of bilirubin in your blood as well as the health of your liver, and there was nothing at all to prepare us for what was to come.

The nurse explained that my baby’s bilirubin was around 10 and needed to be around 5 or lower for him to go home with me the next afternoon. As I’d read, higher levels of bilirubin can occur when babies are born premature (my son arrived at 39 weeks on the day, which is not really considered premature), don’t pee or poop enough to get the bilirubin out of their system, or in babies whose livers are not mature enough at birth. My son spent the night under the lights and I walked to the nursery every two hours to breastfeed him and pumped to encourage milk production. When it was time to go home, the doctors and nurses confirmed that his bilirubin had dropped to about a 5 and they felt confident letting us all leave.

After a few days home, I’d noticed my son’s eyes were yellow and he seemed unusually lethargic.

Those first two days home with a new little human were a whirlwind at best and a daze at worst. I didn’t know what I was doing and neither did my spouse. We tumbled through those first days as new parents as I think most do: moment by moment, holding on for dear life. But after a few days home, I’d noticed my son’s eyes were yellow and he seemed unusually lethargic. I called his pediatrician with my concern, more so because of the yellow eyes, and he sent me to get blood work done the next morning. By the time I made it home, and right before the end of business day for the doctor, my phone rang. With a house full of people eager to see our new little bundle, the doctor delivered the most heart-stopping news I’ve heard to date as a parent. Those words are burned into me and still choke me up:

Get the baby to the ER right now.

He told me my son’s bilirubin levels were at a 38, and he needed a blood transfer immediately. There was no time to wait. No time to think. It was now… or never.

Thankfully the hospital was only a blocks away, and though I should’ve been relieved to see the doctors and nurses were waiting for us as we entered the children’s ward, it only terrified me more. The doctor took one look at my son, and then at me, and delivered the second shock to my system that day: He told me my son’s bilirubin levels were at a 38, and he needed a blood transfer immediately. There was no time to wait. No time to think. It was now… or never.

How is it possible, I thought, that my healthy baby was sent home with a clean bill of health from one of the best hospitals in my area and is now in need of an emergency blood transfer? What did I do wrong? How could I have screwed up motherhood so badly already? Will he die? Time stood still while everything and everyone flew around us: calls to the blood bank for his blood, prep for his transfusion — it all happened as my partner and I watched in defeat, in awe and terror of what was happening.

For the first seven days he stayed under the bilirubin lights for a majority of the time, and I stood over his sleeping body, so tiny and perfect, apologizing to him and promising to do things differently. I told him that if he could just pull through this, I'd do everything differently. I'd be a better mom. I'd to my best to make sure he never hurt again

Though the procedure went off without a hitch, the next couple of weeks were among the worst of my life. My son spent two weeks in the NICU following the transfer. For the first seven days he stayed under the bilirubin lights for a majority of the time, and I stood over his sleeping body, so tiny and perfect, apologizing to him and promising to do things differently. I told him that if he could just pull through this, I'd do everything differently. I'd be a better mom. I'd to my best to make sure he never hurt again. Surely, we'd just gotten off on the wrong footing. I cried. I prayed. And then I did the only thing I could think to do: I pulled myself together, and I was strong for all of us.

Had we waited, my son could have suffered a permanent loss of hearing, cerebral palsy, or in the worst case, death.

As fate would have it, my milk came in with a ferocity I did not know I had. It was as if my body knew better than my mind. I pumped four ounces from each breast every session and was able to provide more than enough for him to eat during his stay. Because breastfeeding helped him poop and more more, it also allowed his body get rid of the excess bilirubin in his system. As he recovered and was well enough to move into intermediate care, the doctors discussed what could have caused such a spike in such a short amount of time. They went over endless possibilities: a lack of milk (my colostrum was enough for him the first days after birth), the fact that my milk didn’t come in until he was already in the NICU, because of blood type incompatibility, where my blood type conflicted with his during pregnancy, though it was not likely.

The answer, in the end, was that there wasn't one.

But deep down, I had the only answer I needed. Had we waited, my son could have suffered a permanent loss of hearing, cerebral palsy, or in the worst case, death. My motherly instincts — ones I didn’t know I’d had — pushed me into action and helped save his life. My journey into motherhood started off rocky but taught me to never doubt myself or my resilience. Throughout the process, all I wanted to do was curl up into a ball and cry hysterically, but I had to remain strong for the little person who depended on me. Those horrific weeks of uncertainty showed me that I have it in me to be incredibly strong, resilient, and stand firm in the midst of a storm. I wouldn't wish it on my worst enemy, but I know I'm stronger because of it. My son is too.