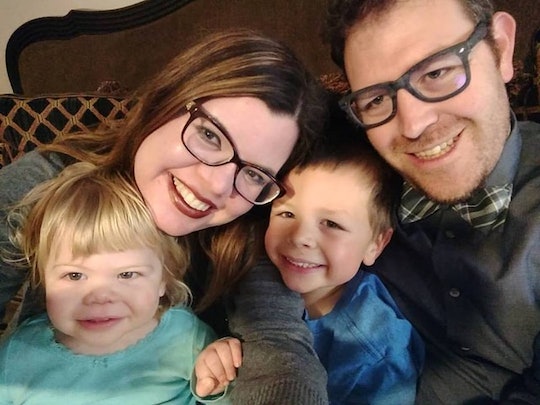 My In-Laws Are Toxic AF

You know those hack comedians who always make jokes about their crazy mother-in-laws? Well, I'm pretty sure every mother-in-law joke or meme ever created was inspired by my own. My mother-in-law is selfish, vain, spiteful, vindictive, manipulative, and malicious. While she might seem completely warm and compassionate, when you let her in she tears you apart from the inside out. My mother-in-law's husband, who is my husband's step-dad, is similarly terrible, albeit in a different way. He enables his wife's mistreatment of my husband and myself, and stays silent when she goes on the offense.

Believe me, my in-laws have given me plenty of reason to cut them off forever. But my husband and I have decided not to play into their mind games. He agrees with me that his mom is two Froot Loops shy of a whole bowl of cereal, but he loves and accepts her anyway, in large part because he's grateful to her for raising him as a single mom for several years.

Still,even though my in-laws are absolutely toxic, I'm not going to keep my kids from them. I will plunge forward with our dysfunctional, toxic relationship because I want my kids to have a relationship with both sets of their grandparents, and I want my husband to retain his connection with his parents. I will instead remain alert and vigilant, removing myself and my kids from negative situations as they arise and try to avoid conflict.

I first met my in-laws 13 years ago, shortly after my husband and I first met. I was visiting from out of town, and so I spent the night with him in his childhood bed. My mother-in-law was incredibly gracious and welcoming, and she didn't seem to care that some girl her son was dating was staying in the same bed.

My husband hinted that his mother had a dramatic side, but I didn't listen to him.

As my husband and I continued dating, I came to look forward to seeing my mother-in-law. She lived for Clinique makeup, and she would give me her gift bags full of extras she earned during her frequent trips to the makeup counter. At holidays and birthdays, she'd buy me gifts: BCBG boots that fit like buttah, LuLaRoe leggings before they were all the rage. She was also an excellent cook, and she always took time to pamper us when we went over to her house. After dinner, we'd all stay up late, laughing and gossiping and playfully teasing my husband.

My husband hinted that his mother had a dramatic side, but I didn't listen to him. Still, there were red flags. For instance, he'd told me that his mom had kicked him out of the house when he was in college, over some relatively minor offense, and he'd never moved back home. I also regularly heard her berate her husband over every little misstep. But once again, I didn't worry too much. After all, I wasn't the target of her verbal abuse — and besides, those new boots she'd bought me were super comfortable.

When I married her son, everything started to change. She was late to our wedding venue on the big day, arriving just minutes before the ceremony when I'd needed her help setting up. She started picking more fights with my husband, accusing him of being rude to her. My father-in-law was powerless to resist her, driving her home at her command after every unjustified hissy fit. He was clearly terrified of her, and enabled her at every turn.

The sh*t really hit the fan right after my son was born.

The sh*t really hit the fan right after my son was born. My mother-in-law came to stay with us for a whole week to help out. She and I were trapped together 24 hours a day for a week straight with no escape. We managed OK at first, but as the days progressed, we started to get on each other's nerves. A few days in, she full-on verbally attacked me for no apparent reason, criticizing not only my relationship with her son, but also my mothering skills. She also accused me of being a bad housekeeper. (Hello! I'd just given birth.)

I fled crying into the bedroom to nurse my newborn, and let my husband, who had just arrived home from work, try to reason with her. But these incidents escalated as the years passed, especially at important events when she was not the focus of attention, like birthday parties and other social gatherings.

As I went into the early phases of labor with my daughter several years later, my mother-in-law arrived at our house to be present for the baby's birth. However, she flew into a rage when the contractions picked up, claiming she smelled marijuana and asking me if I was smoking pot. (Spoiler alert: I was in labor, so no, I wasn't.)

My mother-in-law demanded her husband drive her home, so she missed the birth of my daughter. When my husband called to tell them about the birth of their only granddaughter, they didn't answer their phones for days, prompting us to worry that they had been hurt or killed in a car crash on the ride home. Because why wouldn't you answer your phone to hear that your grandchild was born healthy? In truth, they were just being petty.

A year later, I foolishly agreed to let my mother-in-law hold a birthday party in her town for my daughter's first birthday. Big mistake. She ended up picking a fight with my husband and me weeks before the big day, and cancelled the whole shindig. She later took down all the pictures of my kids in her house. CRAZY.

It's one thing to mess with me, but you don't f*ck with my kids.

I was furious, and vowed to never speak to her again. After all, it's one thing to mess with me, but you don't f*ck with my kids. My husband still insisted on taking the kids to visit his parents, so I stayed home and got massages while he visited them with the kids. I worried that my mother-in-law would break my kids' hearts and mess with their heads, but my husband promised to watch her around them like a hawk.

A few months later, my husband persuaded me to attend a family gathering in his hometown and I insisted we all stay in a hotel instead of at his mom's house. His mother tearfully apologized to me for all she'd done, and I didn't hold back my rage and hurt as I expressed to her how her actions had hurt our family. She was somewhat receptive to what I told her, but I knew that getting her to change moving forward would be a bigger battle.

I can never trust my mother-in-law again. Our relationship is irrevocably damaged. But I've chosen to let them visit with my kids. It's what my husband wants, and I do believe his parents love my kids, and their son, in their own crazy, selfish way. Plus, they raised me a damn good husband.

I realize I'm running the risk of my kids getting emotionally hurt by my toxic in-laws. But if they can have two sets of loving grandparents in their lives, it's a risk that I'm willing to take.