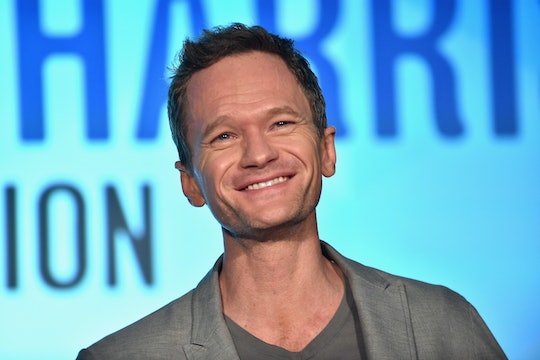 Neil Patrick Harris Released A Children’s Book, & It Will Seriously Warm Your Heart

Neil Patrick Harris is winning at life, and honestly I couldn't be happier for him if he were my real life best friend. Which could still happen, I think. Little Doogie Howser has grown up to be a well-respected actor of both screen and stage, and don't even get me started on his Instagram game. Harris and his husband, David Burtka, are the proud parents of 7-year-old twins, Gideon and Harper, and they make no secret of how much joy they get from their kids. So when Neil Patrick Harris released a children's book, you just had to know it was going to be a blessed event.

The former star of How I Met Your Mother recently wrote his first children's book, appropriately called The Magic Misfits. His new book is geared for kids aged 8 to 12 years old, and is actually the first in an upcoming series of books that will follow a group of misfits who are bound to each other by "their love of magic," as Harris told The Huffington Post:

... not the otherworldly warlock magic but magician magic ― magic with cards and coins. And through their appreciation of learning that and through their individuality, they actually become stronger when they’re together. So it includes messages of strength in honesty. Honesty is important, being proud of what makes you different is important, taking responsibility is important.

The Magic Misfits was released on Nov. 21, and is available for purchase through Amazon.com or TheMagicMisfits.com.

This is the second book Harris has written (he published Neil Patrick Harris: Choose Your Own Autobiography in 2014), and one he says is especially close to his heart as a parent because books have been an integral part of his twins' lives ever since they came home from the hospital. Harris told Huffington Post Parents:

We’ve read to them since they came home from the hospital. We read to them every night. I think the world in which you exist expands greatly through reading about new places and new experiences. We’re all creatures of habit ― we go to the same restaurants and travel in the same vehicles to the same places. But when you get to read a book, you’re suddenly entirely in a new world, whether it’s real or created. And from that, you can learn so many things.

Harris has always been a fan of magic tricks, and his sense of humor is legend (wait for it) ary. So The Magic Misfits feels like a natural fit for him. And what about his kids? Are they fans of magic? They like their dad's magic tricks, as Harris told Boston Common, but haven't quite mastered the art of illusion yet:

I show them magic tricks, and they think I’m actually magical. They think I can actually produce coins.

Despite the fact that they're not really at NPH's level where magic is concerned, twins Harper and Gideon do have the distinct honor of having inspired their father's new book. Harris told Boston Common:

I feel that since Gideon and Harper are now starting to read, it’s a good opportunity for me to write something that can entertain them and hypothetically teach them a thing or two.

Beyond the magical elements, The Magic Misfits deals with lessons about honesty, inclusivity, and self acceptance, all with a humorous slant that probably won't make kids feel like they're getting hammered over the head with lessons and learning and such.

As with everything Neil Patrick Harris sets his mind to, The Magic Misfits proves to be a unique, yet somehow vaguely familiar adventure. Call it the Harris touch, if you will. And I'm all in for it.