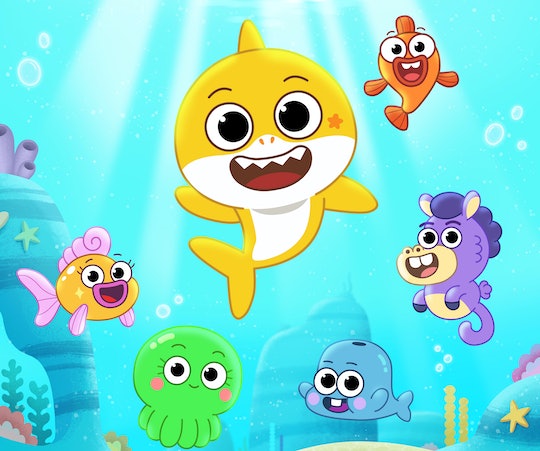 If the catchy tune of "Baby Shark! Doo, doo, doo, doo, doo, doo!" has slowly disappeared in your house, prepare yourselves: a brand new Baby Shark animated series for preschoolers is coming to Nick Jr. in the near future.

Nickelodeon announced on Thursday that it's expanding the underseas world of the Baby Shark with a new animated series based on the wildly viral song. The show, which is tentatively titled Baby Shark's Big Show!, will follow Baby Shark and his best friend William as they go on adventures in their home of Carnivore Cove and meet new friends along the way. And, yes, the characters will sing brand new, original, catchy songs.

"Having the opportunity to dive deeper into this incredible world and create all-new storylines has been extremely exciting, and our head of preschool Eryk Casemiro and his team can't wait to help grow the Baby Shark universe and fanbase with an amazing new series that captures the heart and soul of this property," Ramsey Naito, the Executive Vice President of Nickelodeon's Animation Product and Development, said in a statement.

There will be 26 half-hour episodes of the new series, which will be geared towards preschool-aged kids. It will debut with an original, holiday special this December, and the new episodes will be on Nick Jr. sometime in spring 2021.

Nickelodeon previously announced last year that a Baby Shark series was in development, but now the show has a working name, a plot, and a release date.

So until the show debuts on Nick Jr. later this year, you can watch the dozens of Baby Shark videos on Pinkfong's Baby Shark YouTube channel right now. After all, you've got to ease yourself back into the craze, right?