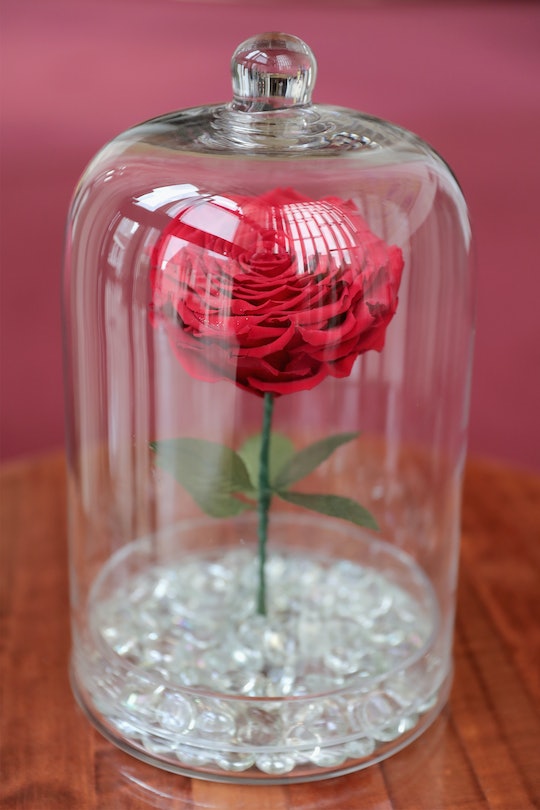 Sometimes it's hard to remember that we still live in a world where beautiful things happen. Chocolate exists, wine flows in copious amounts, music still plays, and movies continue to be made. The world of politics that some of us were once able to push out of our minds in favor of all of the beautiful things has started to taint us, made us more cynical and darker. Which is why you need to watch these new Beauty and the Beast motion posters. It's not escapism... it's a reminder that we still get to have nice things, no matter who our president might be.

In a brilliant move that makes me smile even in my sleep, the geniuses at Disney have decided to make a live action version of their 1991 animated classic, Beauty and the Beast. Which means we will get to watch the story of lovely Belle and her difficult, surly Beast (we've all been there, am I right?) fall in love despite the difficulties of inter-species love.

The first movie was loosely based on the fairy tale of the same name written in 1740 by French writer Jean-Marie LePrince de Beaumont. As with most Disney retellings of classic fairy tales, they lightened things up a little, added some catchy tunes and voila! Movie magic. While we all loved the animated original, the live-action movie (to be released on Mar. 17, 2017) looks like it's going to be something special. How do I know this? Check out the motion posters that have just been released. It's like those moving pictures in the Harry Potter movies, except real.

Who better to play the studious, intelligent, kind, and beautiful Belle than Emma Watson? After all, she did play Hermione in the Harry Potter franchise.

Emma Thompson will be playing Mrs. Potts, the housekeeper/tea pot initially voiced by Angela Landsbury in the animated classic. If I could have one wish granted, it would be to have a tea with Mrs. Potts. From a fresh tea pot, though, not the one she inhabits.

Magneto from the X-Men franchise is playing Cogsworth the clock. And yes, this is real life.

The character of Lumiere, originally voiced by Jerry Orbach, was fun-loving and mischievous. McGregor had better bring it, that's all I'm saying.

I've dated a few Gaston-types in my lifetime. Handsome, braggy, ready to fight a Beast for my hand in marriage. You know how it goes.

For those of you who don't recognize him, Josh Gad voiced the snowman Olaf from Disney's Frozen. I am especially excited to see him playing Gaston's lackluster henchman, LeFou.

Take a minute and look through the rest of these motion posters too, because they're all amazing. Sure, our world will still be the same when you're done, but you might feel a little better. You might remember the kid you once were, the girl who knew all the words to "Be Our Guest." Be that kid for a few minutes. It's way better than adulting.