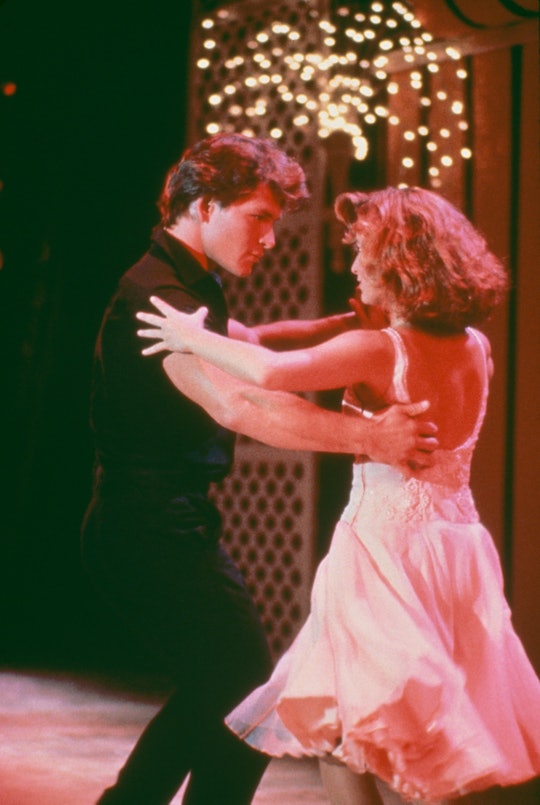 If you still haven't figured out how to define your own dance space, I have just the best news for you: There might be a new Dirty Dancing movie starring Jennifer Grey in the works, so let's all join hands, hearts, and voices just like the staff at Kellerman's would want.

Deadline has reported that Grey, who Dirty Dancing fans all know as Francis "Baby" Houseman, has signed on to executive produce and star in an as-yet untitled film for Lionsgate, the same production company that owns the rights to the 1987 original. The movie is reportedly a dance-themed movie set in the '90s and although details are scarce at the moment, Deadline reported that "there’s some rumblings that a new Dirty Dancing movie could be in the works" and that its sources are neither confirming nor denying the idea.

With that said, it may not exactly be a stretch to surmise that this could potentially be a sequel to the first Dirty Dancing. After all, when we last saw Baby Houseman, she joined her paramour Johnny Castle, played by the late Patrick Swayze, on the Kellerman's stage for the final dance of the season at the Catskills resort. We have no clue what happened to her from that point forward. Did her hair stay curly? Did she keep up with her dancing?

Most importantly though... did anyone ever try to put Baby in the corner ever again? Johnny did warn people about not doing that.

There was, of course, something of a Dirty Dancing sequel already. Patrick Swayze reprised his role as Johnny Castle in 2004's Dirty Dancing: Havana Nights, but that story was focused on American high school senior Katy meeting Cuban waiter Javier and dancing their way around Havana. Yes, Swayze was a dance instructor but no updates about our beloved Baby Houseman in that movie.

While there aren't many details beyond Grey's involvement in a new dance movie with Lionsgate, there have been a few clues in the past. For instance, Dirty Dancing screenwriter Eleanor Bergstein — who based much of the movie on her own experience spending her summer holidays in the Catskills, according to Collider — admitted in a 2017 interview with the BBC that she was "ready" to write a sequel. At the time, she told news outlet that she wanted to write about Baby Houseman again in part because of Donald Trump's presidency. Bergstein explained that as a social activist, Frances Houseman "would be out marching for women's rights and Black Lives Matter. That's what Baby would be doing now."

Raise your hand if you are more desperate than ever to see this movie happen. Watch those spaghetti arms.