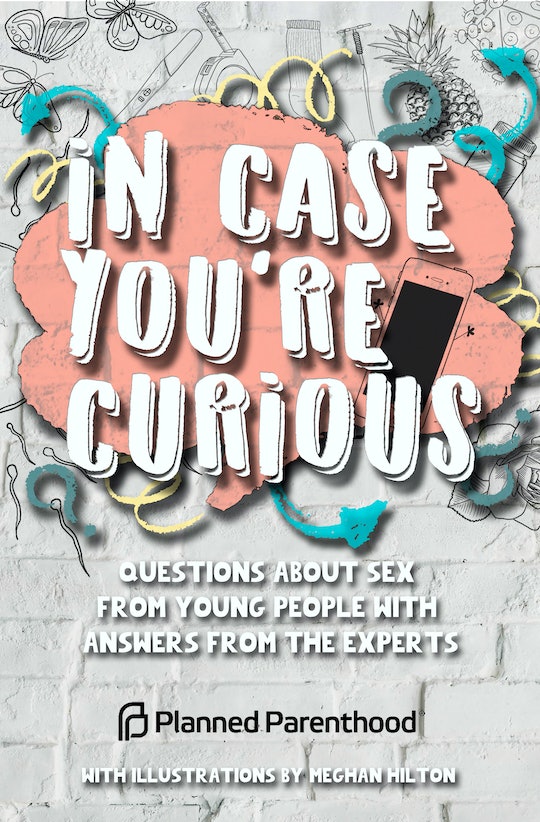 Talking to your kids about sex can be uncomfortable for even the most cool, calm, and collected of parents. But whether you call it “The Talk” or the “how babies are made” speech, you need to speak with your kids about intercourse. Like, sooner rather than later. If you’d rather have a root canal than talk about the birds and the bees, Planned Parenthood's new book about sex, In Case You’re Curious: Questions About Sex from Young People with Answers from the Experts, just might help you navigate the conversations you and your child will have about all things copulation.

In Case You're Curious
Planned Parenthood

But buying the book is only the first step. You don’t want to just slip it by your kid's nightstand and hope that it works its magic and makes your child more informed. It’s actually an opportunity to talk with your child openly and honestly about sex, even if it means lots of follow up question-and-answer sessions.

“Why do I have to do it, though?” you might lament. “Aren’t they going to learn that stuff in school?”

Well, maybe — or maybe not. Sex ed in the United States is sorely lacking, with only 24 states and the District of Columbia requiring it as part of classroom instruction, the National Conference of State Legislatures reported. Which means that your child may not be given any instruction at all. And you don’t want your kid getting any misinformation from their fellow clueless classmates, either.

Because believe it or not, your kid probably has a lot of unanswered sex-related questions bubbling about in her brain. Although you might think that she knows it all already (and for sure, she certainly thinks she does), it’s kind of shocking to realize how ill-informed your maturing child might be when it comes to canoodling. And since knowledge is power, it’s better to give your child everything she needs to know when it comes to her body and how to care for it.

But if you’re worried that your kid is going to become sexually active once he’s armed with all this carnal knowledge, you probably shouldn't be. A study from the Guttmacher Institute found that teaching kids about safe sex doesn’t make them more promiscuous. It does the opposite — it allows them to become more informed about their bodies as well as their health, Very Well Health stated.

Let’s face it: Your kid is gonna have sex at some point (and in some instances, it might be earlier than you anticipated). So it makes sense to equip him or her with the most accurate information possible. Plus, talking with your child now sets the stage for continued conversations — and better bonding — both now and in the future.