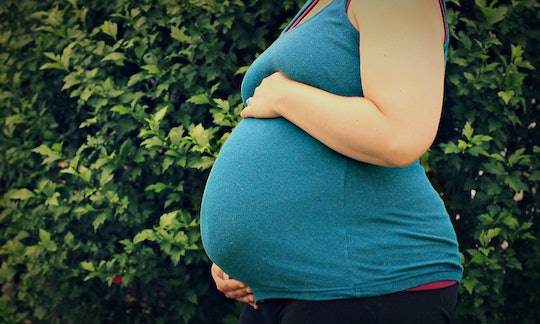 After 28 Years, New York Has Lifted Its Ban On Paid Gestational Surrogacy

"Today, we bring New York law in line with the needs of modern families, while simultaneously enacting the strongest protections in the nation for surrogates," New York Assemblywoman Amy Paulin, who first introduced legislation aimed at lifting the state's surrogacy ban some 10 years ago after struggling with infertility, said in a statement to NBC News. "This law will allow families to avoid much of that pain by giving them the opportunity to have a family in New York and not travel around the country, incurring exorbitant costs simply because they want to be parents."

Previously, New York law forbad state residents from entering into paid surrogacy contracts, with such arrangements punishable by a fine of up to $10,000 and felony charges against any individual or agency found to have facilitated them. While the ban didn't stop New Yorkers from entering into paid agreements with surrogates from out of state, such arrangements often came at a higher cost and with more complications and risk.

The recently-passed law, dubbed the Child-Parent Security Act, will enable New York residents to enter into paid surrogacy agreements as early as Feb. 15, 2021, according to NBC News. It also outlines a number of protections for surrogates, including provisions detailing the surrogate's right to make their own health and welfare decisions throughout their pregnancy.

Prior to the law's passage, some criticized efforts to repeal New York's ban on paid surrogacy for fear it would lead to the exploitation of women as surrogates. Paulin, however, has characterized the law's protections for surrogates as being "the strongest" in the nation, according to NBC News. New York's decision to lift its ban on paid surrogacy leaves only two states — Arizona and Michigan — with laws banning the practice.

Bravo host Andy Cohen also celebrated news of the new law and championed Cuomo's efforts to lift the state's ban on surrogacy. "The passage of the Child-Parent Security Act means thousands of New Yorkers who struggle with infertility, cancer survivors, and LGBTQ will have a chance of a family," Cohen wrote in a recent Instagram post. "It was an honor working on this initiative with the Governor, and thrilling to have some good news in the midst of so much sadness."

More Like This
Georgia Says A Fetus Is A Dependent For Tax Returns At 6 Weeks
Pregnant Chrissy Teigen Cracked A Joke About Trump As She Shared A New Ultrasound Photo
Breonna Taylor's Mom Spoke Out About The Four Officers Arrested In Her Daughter’s Death
Dr. Jill Biden Just Delivered Some Frank, But Powerful, Advice On Motherhood