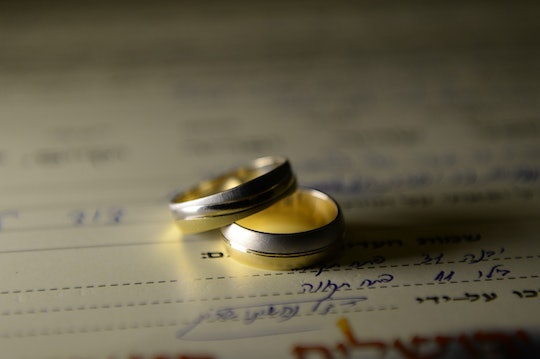 Here is an abbreviated list of activities 14-year-old girls should be enjoying: junk food while their metabolisms can still take it. Friends who make them feel smarter and funnier and better than they thought they could. Parents who love them and keep them safe. Binge-watching weepy movies or cheesy horror flicks on Netflix. All of these things, yes. Getting married, no. In the world of news we all assumed must have already happened, the state of New York is outlawing child marriage. Because somehow, it wasn't already outlawed.

Until Thursday, it was legal for 14- and 15-year-old children to marry with parental and judicial consent. If a child managed to hit the ripe old age of 16 or 17, they only needed their parents' permission. The Democratic-controlled New York Assembly unanimously voted to amend the archaic law, and have now passed the new bill along to Governor Cuomo for his official signature.

New York had previously been one of only three states that allowed children as young as 14 to marry with parental consent; The other remaining states that still allow the practice are Alaska and North Carolina. Once Governor Cuomo signs the amended bill (which he is expected to do in the next week) the legal age to marry in the state of New York will be 17 years old. Progress.

The current New York law is, at best, antiquated. It reflects a time when everyone married younger. Times have changed. Child marriage is coerced marriage. It condemns young women to a life they did not choose.

Governor Andrew Cuomo called ending child marriage in the state a top priority in February, and with good reason: Between 2000 and 2010, 3,900 minors were legally married in the state of New York.

The long-term effects of getting married as a minor are almost innumerable. Young girls who are married off to older men (as is often the case, unfortunately) are not only frequently sexually abused, according to experts, but also forced to carry crippling social, emotional, and financial burdens. And if they don't like it, apparently there's not much they can do to change it for years. While it was legal to marry at 14 in the state of New York, divorce isn't legal until the person turns 18.

While this new law still allows 17-year-olds to marry, it does equip judges with certain guidelines to ensure the marriage is happening at the minor's free will, and also lowers the divorce age to 17.

Better late than never, I suppose.