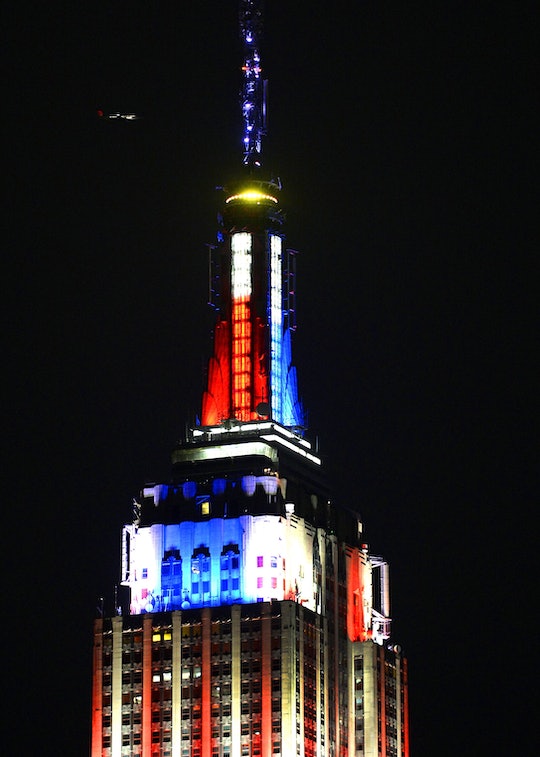 In the aftermath of one of the most contentious elections in history, many Americans are experiencing voter hangover. People are waking up and wondering where to go next, what happened to their country... and will we ever feel whole again? As president-elect Donald Trump visits the White House and gets on with the business of learning how to lead this country, Americans everywhere are wondering what this means for them. Particularly people of color, immigrants, women, and members of the LGBTQ community. The state of New York has declared itself as a place of refuge for people who feel as though they are being attacked by Trump's ideologies. And in the wake of such a fractious, difficult year, it's an absolutely lovely tribute.

New York Gov. Andrew Cuomo told reporters outside a Syracuse convention on Thursday that he and president-elect Donald Trump have "grave philosophical differences" and felt certain the two would butt heads once Trump takes over as president next year.

"I look forward to debate and dialogue," he said. "Yes, I understand the outcome of the election. I also understand there are principles we won't give up on."

Cuomo acknowledged that he understood voters were feeling "fed up, frustrated, angry, anxious, economically upset and distrusting of their government." Regardless, Cuomo wants everyone to know that the state of New York will work hard to remain a "refuge" for all Americans.

The state of New York has a proud legacy as the progressive capital of the nation, and that is more important today than ever before.

As New Yorkers, we have fundamentally different philosophies than what Donald Trump laid out in his campaign.

So let me be absolutely clear: If anyone feels that they are under attack, I want them to know that the state of New York – the state that has the Statue of Liberty in its harbor – is their refuge.

Whether you are gay or straight, Muslim or Christian, rich or poor, black or white or brown, we respect all people in the state of New York.

It's the very core of what we believe and who we are. But it's not just what we say, we passed laws that reflect it, and we will continue to do so, no matter what happens nationally. We won’t allow a federal government that attacks immigrants to do so in our state.

We are a state of immigrants.

We are the state that raised the minimum wage to $15.

We are the state that passed Paid Family Leave.

We are the state that passed marriage equality.

We are New York, and we will stand up for you. And on that, I will never compromise.

Cuomo also shared the same message in an email to members of the New York Democratic Party.

In a message of true solidarity, Mayor Bill de Blassio said that New York City will remain a "sanctuary city" for undocumented immigrants, which would limit how much cooperation the city must offer the federal government in their attempts to detain or deport those immigrants.

As more reports of racist attacks continue to come in since Trump was elected on Tuesday, Cuomo's message of safety and solidarity isn't simply a welcome one; it's the only message we need to share. And keep sharing until the message is clear.