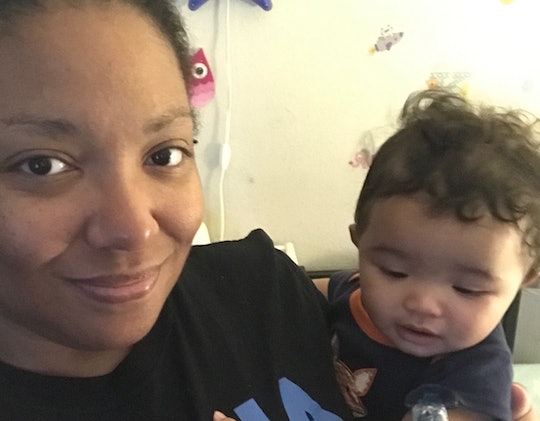 What No One Told Me About The Post C-Section Poop

Before having my son, I thought I knew what to expect. I'd been down this road before, into the realm of the famed post-c-section poop. Everyone knows about the delivery-room poop (only amateurs worry about this), but new moms are often clueless about the post-baby poop, which can be disconcertingly easy, in the numbed-out post-surgery state, or painfully difficult, if your body slows down and things back up. I'd had twins eight years prior to having Kai and I knew the hospital staff would say I had to have a bowel movement before I could have solid food. This was on the forefront of my mind because I really, really wanted solid food.

When I went into labor that Tuesday morning, I'd only had three bites of pancake. I was too nervous about my doctor's appointment to eat, on top of which I'd been having contractions and was a little nauseated. By the time I'd given birth hours later, my body was crying out for proper nourishment. But they told me I had to stick to a liquid diet, as a c-section is considered a major surgery. How am I going to poop, I wondered, only drinking liquids?

The doctor checked me a few hours after the surgery and said everything looked good, but that I was still restricted to tea and veggie broth. I couldn't move my legs very much, as sensation was slowly returning, but I was determined to take a poop and get a proper dinner. That's when they offered me a laxative. I asked if it was really necessary, as I follow a plant-based diet and just assumed I'd have absolutely no issues (wrong!), but they said it was commonly consumed by women. I took the pill and waited for the magic to happen.

Later that evening, the nurse took out my catheter and told me to call when I needed help going to the bathroom. Sure, sure, I waved her off. My husband was there, looking after the baby when it happened. This is what they don't prepare you for.

All of a sudden, I felt painfully gassy. My lower abdomen was making loud noises that even my husband could hear. I still wasn't moving around very much or very comfortably. I knew I had to pass gas, but couldn't get any out without feeling shards of pain. Once I was able to release a little, I felt better — it was almost instant relief. So then I started pushing harder, trying to get more gas out. That's when I realized something felt funny down below. I'd pushed so hard, I was sure it wasn't just gas I was passing.

I called the nurses in, and they pulled me up, changed my abdominal pads and assured me I hadn't had a bowel movement on myself.

Once I could finally get up to go to the bathroom, I was able to check myself, and my mother's intuition was right: I had, in fact, pooped. Having had three kids before, this was a first. I'd heard about women pooping while pushing, though that didn't happen when I gave birth to my daughter 10 years ago. Given I was delivering my son via c-section, I never imagined there was a possibility I would go on myself.

I would have been mortified by this situation 10 years ago. This time around, I just shrugged my shoulders. It happens to so many women, but I've never heard anyone talk about it. I want to share my story in part because I think we need to let new moms what might be in store for them, but also because pelvic floor disorders, which can entail urinary and fecal incontinence, often stem from to childbirth injuries, and are often overlooked. A 2008 study by California HMO Kaiser Permanente concluded that 1 in 3 women suffer the disorder, 80 percent of whom are mothers.

This is not something I ever discussed with my mother, grandmother or any other woman in my family. I don't remember reading about the post-baby bowel movement in books, either.

I called a nurse into my room to let her know that it wasn't just gas — that I had definitely, most certainly pooped myself. She apologized for not realizing. I laughed it off initially, but a while later, started thinking about it. What if I hadn't been able to get up and check for myself? Did it reveal some kind of deficit in the postpartum care I was getting, that they could miss something so obvious, something that feasibly poses an infection risk? I decided to let it go. When the doctor came in, I told her what happened and she gave me the green light to have solid foods, so, ultimately, that was a win!

I was able to go home after two days with Kai, who was doing well. Yeah, I was still a little perturbed about the oversight, but honestly, I was more upset that they served me chicken soup instead of vegetable soup. Once I was home with my baby, that was all that mattered.