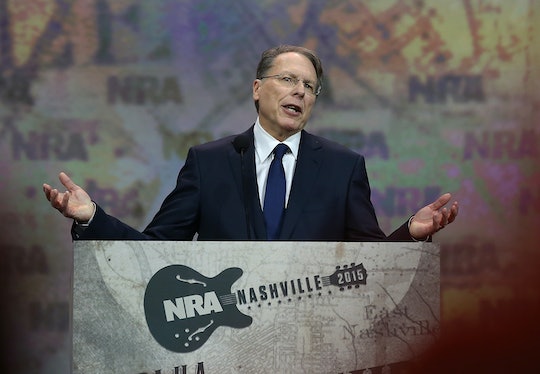 During CNN's Guns In America town hall on Thursday night, host Anderson Cooper admitted that the National Rifle Association (NRA) had been extended an invitation to the event, but that the group had declined the offer. The event, a Q&A session with President Obama, revolved around a series of executive actions aimed at tightening background checks for gun buyers and closing loopholes on certain types of gun sales. Unsurprisingly, the NRA decided to live-tweet Obama's town hall meeting instead, opting to fire off criticisms from afar.

Although CNN assured the NRA and others that the audience would be evenly divided among those who were anti-gun control and those in favor of increased security measures, NRA spokesman Andrew Arulanandam replied that the association did not see any reason to join in what they called a “public relations spectacle orchestrated by the White House.”

What the NRA lacked in terms of a physical presence at the actual town hall however, it more than made up for with its digital presence, kicking off the evening with a predictable Second Amendment mention. What followed was a series of tweets which called out Obama on what the NRA believed was faulty logic, and a number of equally vivid responses from gun rights advocates (many of whom lacked any actual citation with which to back up their claims):

Some claimed that none of the president’s orders would have stopped any previous mass shootings:

Others, repeating the NRA's own language, called the town hall little more than a PR stunt:

Some of the NRA's tweets also attempted to highlight to followers the belief that the reason violent crime was currently at a 44-year low (a fact the president himself mentioned during the town hall) was a direct result of higher numbers in gun ownership. Of course, correlation does not necessarily equal causation, so calling that idea factual was problematic in and of itself.

Luckily, a few folks were more than willing to call out the NRA on its refusal to officially join in on the conversation, remarking on the group's seeming hypocrisy and attempting to correct what were perceived as falsehoods:

By the end of the night, the only result from of the NRA's boycott and tweet-storm seemed to be that folks were still firmly cemented on their respective side of the argument.

I think the evening could best be summed up in this tweet by writer Parker Molloy:

Truer words have never been spoken.