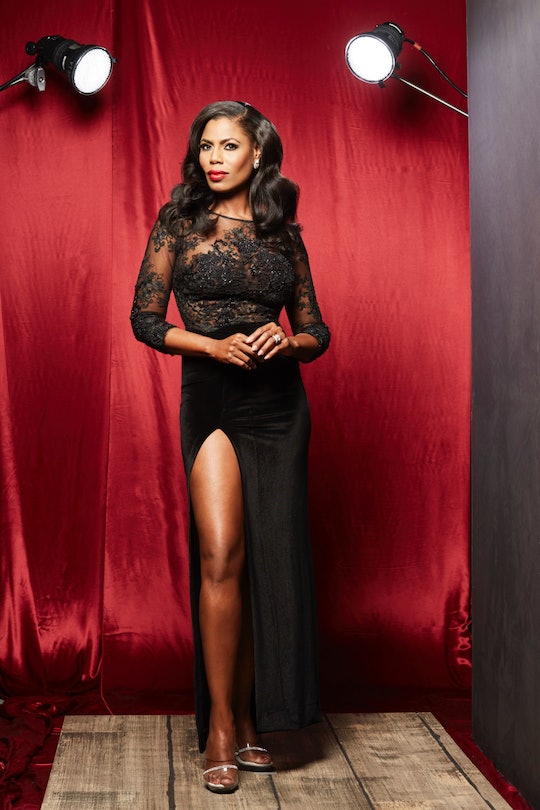 Celebrity Big Brother is fun to watch for a number of reason, but many fans have definitely tuned in to see if Omarosa would spill any secrets from her time in the White House. So far, she hasn't disappointed. On Monday night's episode, she discussed President Trump's plans for DACA, but it was Omarosa's comments about Mike Pence on Celebrity Big Brother that were truly chilling.

Granted, this isn't the first time she's mentioned Trump since entering the Big Brother house, however, it was during this episode where fans saw her really go into detail about her thoughts and feelings in regards to the current administration. And what she had to say was nothing short of shocking. Omarosa told the houseguests (and America) that Trump isn't all that bad compared to Vice President Pence. If fact, she went on to say that if Trump gets impeached, America would only be worse off in the current VP's hands.

"As bad as ya'll think Trump is, you would be worried about Pence, she told her housemates. "Everybody that's wishing for impeachment might want to reconsider their life. We would be begging for days of Trump if Pence became president, that's all I'm saying. He's extreme."

The former White House staffer then when on to say, "I'm Christian, I love Jesus, but [Pence] thinks Jesus tells him to say things. I'm like, 'Jesus didn't say that.'"

It's no secret that Pence is a Christian conservative. Over the course of his political career he's made it clear he believes global warming is a myth and in 2015 he came under fire for passing Indiana's Religious Freedom Restoration Act , which many felt would allow businesses the right to discriminate against the LGBTQ community. The sufficient backlash later prompted Pence to sign a revised version of the bill that, according to The Washington Post, prohibited businesses from denying "service to anyone on basis of sexual orientation, race, religion or disability." And, of course, Pence has also never held back on his views regarding abortion rights.

Thus, Omarosa's claims aren't too hard to believe, but as her fellow houseguest, Mark, pointed out in his Diary Room confessional, everything Omarosa says could just be a part of her gameplay. Still, her words were chilling to hear, and if she was trying to make VP Pence look terrifying, she certainly succeeded.

Besides discussing the White House, Omarosa has found herself on the outs with her former alliance. When the celebs first moved into the house, Omarosa and Shannon quickly hit it off, making a secret and all-girls alliance. However, Shannon turned on Omarosa and Keisha, flipping the house so that James, the intended target, survived the first eviction, and Chuck was sent home instead.

Without Shannon by her side, Omarosa and Keisha formed a Black Girl Magic alliance. However, that was short-lived since Keisha decided to go home so she could be back with her baby daughter, leaving Omarosa to fend for herself. With no allies in sight, Omarosa will have to work hard to stay in the Big Brother house. Her best bet would be to become the next Head of Household thereby making her automatically safe. But does she really want to put even more attention on herself by having to send someone else out the door?

It's a tricky situation, but Omarosa has been on reality TV long enough to know what will work best for her. I'd be surprised if she doesn't figure out a way to buy herself some more time in the house. And who knows, she may have a few more things to say about Trump and Pence along the way.