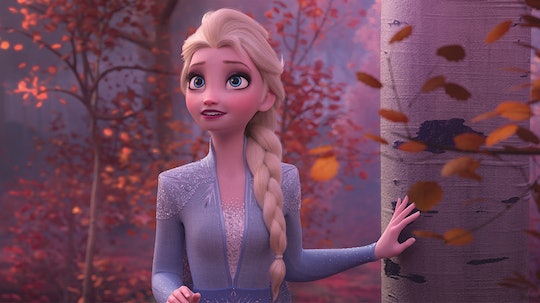 Just in time to bring a little magic to families who are going to be stuck in the house for a while, Elsa and Anna are coming to our living rooms wayyyy ahead of schedule. The Walt Disney Company announced Friday that Frozen 2 will be available on Disney+ starting Sunday, March 15, a full three months ahead of schedule. Guys, this is the kind of cheering up we can use right about now.

“Frozen 2 has captivated audiences around the world through its powerful themes of perseverance and the importance of family, messages that are incredibly relevant during this time, and we are pleased to be able to share this heartwarming story early with our Disney+ subscribers to enjoy at home on any device,” Bob Chapek, Chief Executive Officer, The Walt Disney Company, said in a news release.

"Your isters will be here for you during crazy time!" Kristen Bell wrote when she shared the news on Instagram.

Internationally, “Frozen 2” will be available on Disney+ in Canada, the Netherlands, Australia and New Zealand on Tuesday, March 17.