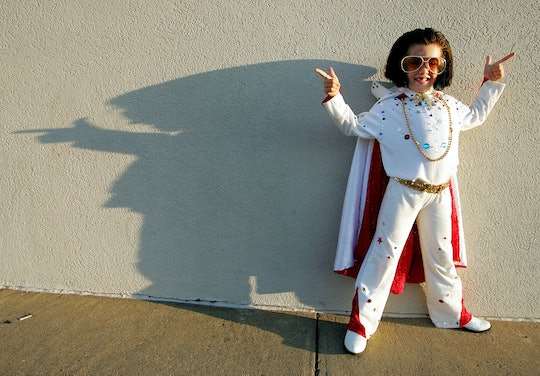 Only Children Aren't Narcissists After All, So Take That Aunt Betty

I don't know if you guys have noticed but boy, oh boy do people love to generalize. I think it's actually called profiling but you get my drift. For instance, I'm the oldest of three kids and an only girl and this apparently means I have to be bossy. (I am bossy but that's because I'm a mom and taking charge is the only way to get things done.) In my experience, only children sort of have it the worst when it comes to assumptions. Or they did, at least, until this new study found that only children aren't narcissistic after all. So I guess people who want to generalize are going to have to find a new thing to say.

The idea that only children are spoiled (and therefore more likely to be narcissists) took root more than 200 years ago when E. W. Bohannon from Clark University in Massachusetts published findings from a parenting survey for A Study of Peculiar and Exceptional Children. More than 200 people took part in the survey and were asked to identify any peculiar behavior they had seen in only children they knew. An overwhelming majority noted they considered only children spoiled and self-centered.

From that point forward, studies have been done about only children and their potential to be more narcissistic than children with siblings. The results of these studies, according to Scientific American, were mostly inconclusive, but the bias prevailed. Finally with this new large-scale study, it seems these only children might see a little justice.

Psychologist Michael Dufner from the University of Leipzig in Saxony, Germany, recently worked with researchers to answer the question of whether or not being an only child makes a person more likely to be narcissistic. To that end, researchers culled through data from 1,810 people who responded to a survey panel in Germany. Of those 1,810, 233 people were only children and the rest had at least one sibling. The researchers intentionally did not include other factors that have been known to affect narcissistic tendencies like socio-economic background, gender, or living in urban or rural areas. Instead, they looked only at responses regarding self-admiration and rivalry. What they found was this; there was no discernible difference between only children and those with siblings in those responses. Meaning, as researchers noted in their published paper in Sage Journal, that this long-held prejudice against only children is unjustified:

When sociologists, economists, or policy makers discuss the downsides of low fertility rates, they should let go of the idea that growing up without siblings leads to increased narcissism. There might of course be economic or societal costs associated with low birth rates, but increasing narcissism in the upcoming generation does not seem to be a factor that is relevant to the discussion.

There might be some only children out there who are narcissists, but there are also people with siblings who might be as well. It turns out you don't just get to decide what someone is like based on their birth status.

So let's move on from that particular unfounded bias, shall we?