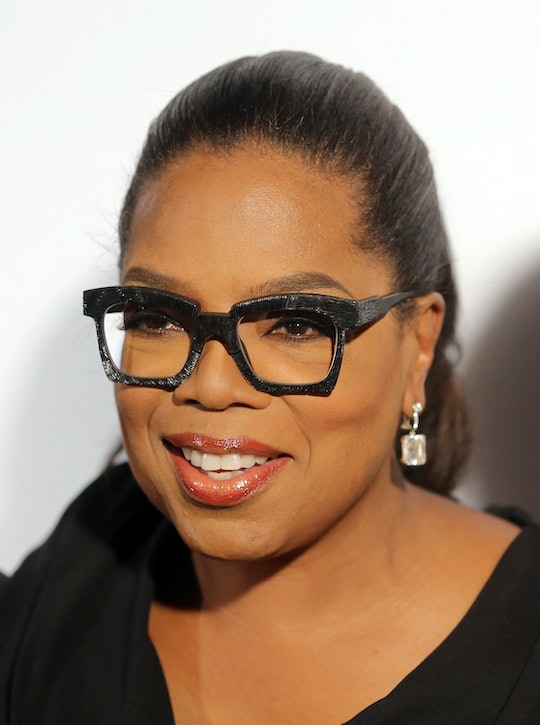 Oprah's Message For Undecided Voters: "You Don't Have To Like Her To Vote For Her"

Democratic presidential nominee Hillary Clinton has a likability problem, but that's not our problem. So sayeth Oprah Winfrey. Nominating a president should not be a popularity contest, and Oprah Winfrey is sharing a strong message for undecided voters: "There really is no choice, people."

In an interview with syndicated talk show host T.D. Jakes, the normally outspoken Winfrey explained why she has been hesitant to share her feelings about this year's incredibly volatile election.

"I didn't know what to say that could actually pierce through all the noise and the chaos and the disgusting vitriol that's going on and actually be heard."

But as the weeks and days and hours whittle away, and November eighth looms large on the horizon, Winfrey (who is a Clinton supporter) felt she needed to use her formidable voice to coax a decision out of "all the people sitting around talking about they can't decide."

I hear this all the time, you get into conversations -- and there's not a person in this room who hasn't been in the same conversation -- where people say, 'I just don't know if I like her.' She's not coming over to your house. You don't have to like her.

While the audience broke out in laughter, applauding Winfrey, she went on to say:

"You don't have to like her; do you like this country? OK. Do you like democracy or do you want a demagogue? OK. Get on out there and vote."

Regardless of your politics, it's a seminal moment for women. What this says is, there is no ceiling, that ceiling just went boom! It says anything is possible when you can be leader of the free world.

The question of Clinton's "likability" has been a surprisingly hot topic for debate throughout her entire campaign (if not her entire political career). She herself addressed the issue during her historic speech at the Democratic National Convention, when she accepted the presidential nomination as the first woman in history to be in that position. Clinton said:

The truth is, through all these years of public service, the "service" part has always come easier to me than the "public" part.

I get it that some people just don't know what to make of me.

If you're wondering how to "get" her, watch her with Zach Galifianakis and thank me later.

And it's true; many people do not know how to take her. While her personal friends, family, and colleagues describe her as funny, warm, and generous, the rest of the country isn't sold on Hillary Clinton. In fact, the question of her likability seems to come up far more often than questions about, say, her proposed policies or her 30 year history of public service.

Like Winfrey said; we don't have to "like" her. We have to believe that she will do a better job as Commander-in-Chief than Donald Trump.

As ever, Oprah Winfrey nails it.