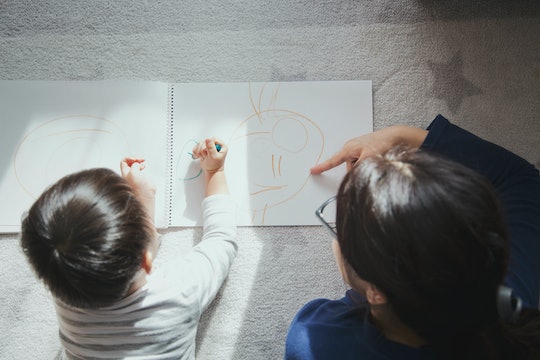 Our Lives Aren’t An “Adoption Journey” To Be “Shared”

Autism mommies are nothing new in the world of blogging and vlogging. Neither is their ableism, which is frustrating and exhausting for actually autistic people who have to deal with its consequences. Largely non-autistic parents have long exploited their autistic children for publicity, credibility, and sometimes money. When YouTube influencers Myka and James Stauffer announced on May 26 that they’d sent their Chinese adopted autistic son Huxley to a new “forever family,” using the same language usually used for rescue dogs, many of us were horrified, devastated, and infuriated. For me, as an autistic adult who is also a Chinese transracial and transnational adoptee to a white U.S. family, their actions and the attendant news coverage (many outlets used the word “rehoming”) hit particularly hard.

The Stauffers’ choice to remove their son from their home — whom they had adopted explicitly knowing he had a disability described as brain damage, according to their own commentary — after fundraising for his adoption and earning untold sums of money and multiple corporate sponsorships using videos of him over nearly three years, was nothing short of obscene and disgusting. (Thankfully, several brands announced they were cutting ties after the May 26 video.) That the Stauffers capitalized on what many advocates understood as abandonment with a tear-filled video explaining that they had found a “perfect” home for him — a revelation Myka said she wanted to share sooner in a claim that many of us find highly skeptical — does little to convince me of any remorse or sense of responsibility for inflicting more trauma on Huxley. Following backlash to the May 26 video, the Stauffers' attorneys publicly defended them by saying, “We feel this was the best decision for Huxley.” But Myka’s claim that she’s “still horribly hurting” if her future posts show her “doing something” or “having fun” bely the dark reality of her social media empire.

This form of crass exploitation is par for the course for many non-autistic parents of autistic children, whose most popular topics tend to include their children’s poop-smearing habits and toilet-training troubles, sometimes while featuring actual photo or video content of the children — content that will follow those children for the rest of their lives. Because of the ableist devaluation of disabled people’s lives, agency, and autonomy, non-disabled parents of disabled children tend to assume that their children not only do not need to consent to near-constant privacy violations, but that their children are now and will forever be completely unaware of the content their parents published with their real names and photos.

These constant violations of the most basic right to privacy and dignity come with lifelong costs. Autistic people with intellectual disabilities die 30 years younger on average than non-disabled people, according to Autistica. Compared to non-disabled people, autistic people are substantially more likely to die by suicide, at least twice as likely to experience an experience anxiety disorder, and at least four times as likely to experience depression, all according to data sourced by Spectrum News, and may be as much as twice as likely to develop a substance addiction. Though research often fails to account for autistic people’s experiences, many of us suspect that nearly all of us develop some form of post-traumatic stress disorder by the time we reach adulthood, which comports with the astronomical rates of sexual violence targeting developmentally disabled people and the near-universal experience of severe bullying and abuse that we’ve all survived.

The Stauffers’ online presence for years consisted of extensively sharing intimate aspects of Huxley’s life. The couple filmed the months-long adoption process — one fraught with racist and colonial overtones as they took a child of color from another nation to be raised by a white family in the United States. They documented the “therapies” to which they subjected Huxley — one video showed Huxley with duct tape on his hands; another featured discussion of Huxley’s applied behavior analysis, a therapy that drills autistic people on “acceptable” behaviors for up to 40 hours per week, and is known among the autistic community as abusive and traumatizing despite its near ubiquity.

The only redeeming note — and it’s hardly a compliment — is that at least the Stauffers did not keep Huxley in their home to subject him to what many of us view as abuse. At least the story we are reading, like those of almost 1,500 disabled people (both biological and adopted) documented by the Disability Day of Mourning project, didn’t end in murder.

We need to view the stories shared by adoptive parents, especially those earning money through exposure, with caution. Children who were adopted, both domestically and transnationally, have greater likelihood of having ADD, depression, or anxiety, or even being labeled with oppositional defiant disorder (a spurious and subjective diagnosis often rooted in racialized ableism and ageism) — and every single one of us has survived some form of trauma. We also know that disability is always more prevalent in other marginalized communities — and that children of color specifically often experience trauma, which itself may be classified as a disability, because of racism. Those of us at the intersections always face the brunt of abuse and violence, spurred on by systems that enable it to take place with impunity.

What many do not realize is that the adoption industry itself is rife with racist, ageist, and ableist exploitation at every turn — from outright human trafficking inside and outside the United States, per reporting by Reuters and CNN, to the systemic theft of impoverished people’s babies, as in the case of Georgia Tann, once the executive director of the Tennessee Children's Home Society. Adopting families must pay high prices, in the tens of thousands of dollars, to adopt both domestically and transnationally, and will pay tens of thousands more to adopt a white child, as a Caltech study found. Adopting families also often seek non-disabled children, resulting in disabled children waiting longer to be adopted out of orphanages and foster systems, which are also both hotbeds of horrific abuse.

On the flipside, it is not uncommon to see stories of martyrdom, wherein a family rescues a “sickly” child, especially a disabled child of color adopted from the Global South.

Whether in the notoriously racist and ableist adoption process, foster system, and child “welfare” system, or in the proliferation of autism parent blogging for profit, disabled children are constantly subjected to horrifying exploitation because ableist exploitation sells. Parents who meaningfully respect their disabled children are rare and hard to find, especially when society would rather reward them for doing the bare minimum and exculpate them even when they enact the worst violence. My only hope for Huxley is that he finds or one day builds family who love and respect him, because he deserves far, far better.

If you or someone you know is experiencing domestic abuse, you can call 911 or the National Domestic Violence Hotline at 1-800-799-SAFE (7233), or visit thehotline.org. Note that many hotlines dispatch police.

To speak with a Childhelp counselor, please call or text the Childhelp National Child Abuse Hotline at 1-800-4-A-CHILD (1-800-422-4453). You can also live chat with a trained counselor at www.childhelphotline.org.