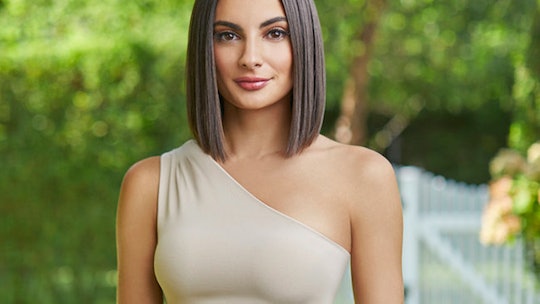 Who knew that when Bravo rolled up with new members of the summer squad, fans would receive three gems — Paige DeSorbo, Hannah Berner and Jordan Verroi. Since their debut in Season 3, Summer House has gotten wilder and little more stylish thanks to Paige's fashion background. If you've been inspired by the young entrepreneur's looks every Monday on Bravo, then you need to check out Paige DeSorbo's Instagram. The Summer House star's social media game is off the charts. And honestly, did you expect anything less?

If there's one thing I've learned about Paige on Summer House, it's that she has her sh*t together — and her Instagram page proves it. Seriously, the fashion writer has managed to amplify her presence on social media and transform her page into something bigger than a few glorified mirror selfies.

In her bio, Paige not only promotes Summer House, but also gives a brief outline of what else fans can expect if they follow her on the Facebook-owned platform. The reality star has two ongoing franchises that she creates via Instagram Stories — Front Paige News, where she spills the latest celebrity gossip, and Outfitdeets, where she shares "trendy outfits for less $$$." The New York City fashionista also frequently posts photos that will surely grace your feed if your heart melts at the sight of a great outfit.

Previously, Paige admitted to Hollywood Life that she was "petrified" when she first joined the Summer House cast.

"I hate meeting all new people at one time, so I get really nervous, and I don’t speak," Paige revealed. "It comes off very b*tchy. I like to assess a room before if I don’t know everyone, so I was just very reserved. I think it took maybe like two weekends for me to fully come out of my shell."

Nonetheless, the reality star eventually warmed her way into the lives of the other cast members. And although Paige's stylish posts and "looks for less" stories are her bread and butter, the Bravo reality star still shares photos at with her costars.

Recently, Paige posted a series of fun pics with fellow cast member, Amanda Batula, during a Mask Skincare event. The influencer has also shared a number of squad photos with her Summer House gal pals.

In an interview with AOL, Paige revealed that being on Summer House has also greatly influenced her professional life.

"It’s definitely given me another step in pursuing my career," Paige said. "When I used to reach out to people asking to write for them, they’d be like, 'Who are you?' And now they’re like, 'Oh, my god, we love that!' It really has helped me. My end goal is to be an entertainment news reporter."

The career boost has also affected how the Betches writer handles her social media platforms.

"I put a lot of my stuff on Instagram, because that's where people go anyway. I always used to make fun of fashion bloggers, but I guess I am one now," Paige told AOL. "It is entrepreneurial, though, because you have to have a routine, be scheduled out and be proactive. Sometimes you’re still in bed at noon, but you’re still sending 87 emails as you roll over."

Trust me, if you're in dire need of another fashion blogger to follow on Instagram, I think it's about time you checked out Paige's feed. You'll be in good hands.