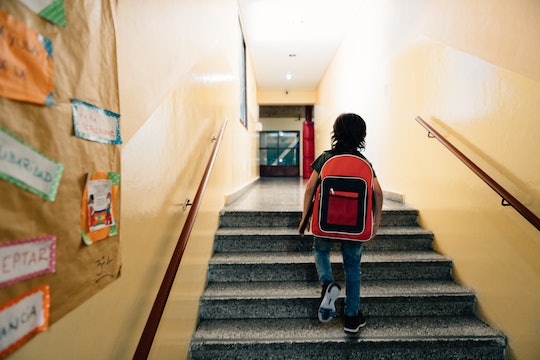 Health officials in the state of Wisconsin have launched investigations at more than two dozen schools after discovering that parents are sending kids who are sick with COVID-19 to school, even when they are symptomatic.

"Something that happened and continued to happen, but happened on the first day of school, which I never in my wildest dreams imagined it would happen, is people sent their known positive kids to school," Washington-Ozaukee Board of Health Officer Kirsten Johnson told WISN. "What’s also happening, again not in my wildest dreams thought this would happen, is kids become symptomatic, and parents are refusing to test them because they don't want to quarantine their siblings."

Now, students who have returned to schools in the Wisconsin counties of Washington and Ozaukee counties, which sit just north of Milwaukee, could have been exposed to COVID-19, which could in turn lead to school closures in the area.

While health officials have not publicly stated which schools have been impacted most, the Washington-Ozaukee Public Health Department is now investigating COVID-19 cases in more than two dozen schools in the area, and Washington County Board Chairman Dan Kriefall told the Milwaukee Journal-Sentinel that schools could potentially be closed if the problem continues.

"When you have parents lying to contact tracers, refusing to get kids tested, that’s just beyond the pale," Kriefall told the newspaper. "That becomes very problematic for the health department to manage this whole situation. The hammer may have to be dropped."

WISN reported that around 20 schools had at least one staff member or student test positive for COVID-19. The two counties are now planning on hiring more contact tracers as they continue to investigate cases in schools, The Washington Post reported.

Wisconsin has seen a rise in coronavirus numbers recently, with an average of 1,614 cases per day over the past two weeks, according to the Wisconsin Department of Health Services.

The cases of parents sending sick kids to school in the Washington-Ozaukee counties are not the only ones under investigation. In Massachusetts, two parents knowingly sent their child to school after they had tested positive for COVID-19, forcing approximately 30 people to quarantine for two weeks and putting their health and the health of their families in danger in the process. The Centers for Disease Control and Prevention (CDC) strongly advises anyone who is sick to stay home.